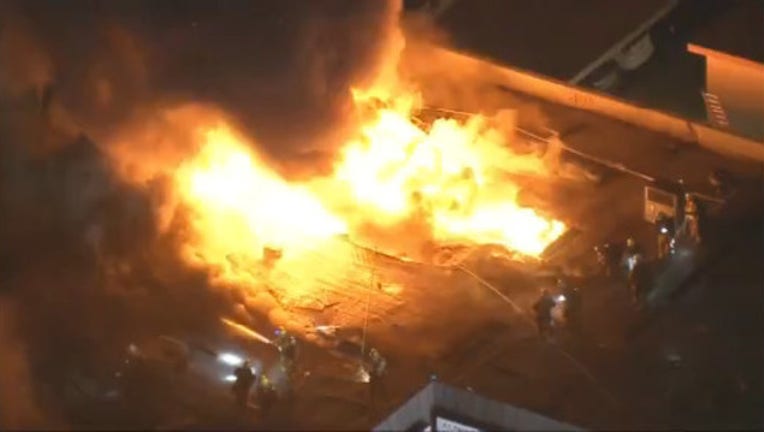 No injuries had been reported as of 10:30 p.m. and no one was believed to be inside of the structure at 6800 Woodman Ave., near Vanowen Street, according to Amy Bastman of the Los Angeles Fire Department.

At least one of the units had heavy fire inside, Bastman said.