One NASA Kennedy Space Center firefighter went above and beyond in his rescue back in October.

CAPE CANAVERAL, Fla. - One NASA Kennedy Space Center firefighter went above and beyond in his rescue back in October.

A broken scaffolding left a team of painters hanging on the side of the Vehicle Assembly Building at Kennedy Space Center. The painters were dangling 375-feet above ground while painting the flag on the VAB. They had already been stuck a couple of hours when Kennedy Fire Rescue got the alert.

Firefighter Andrew Morgan scaled down to the rescue once he reached the scaffolding, strapped one of the men to his body and the two were hauled to the roof. 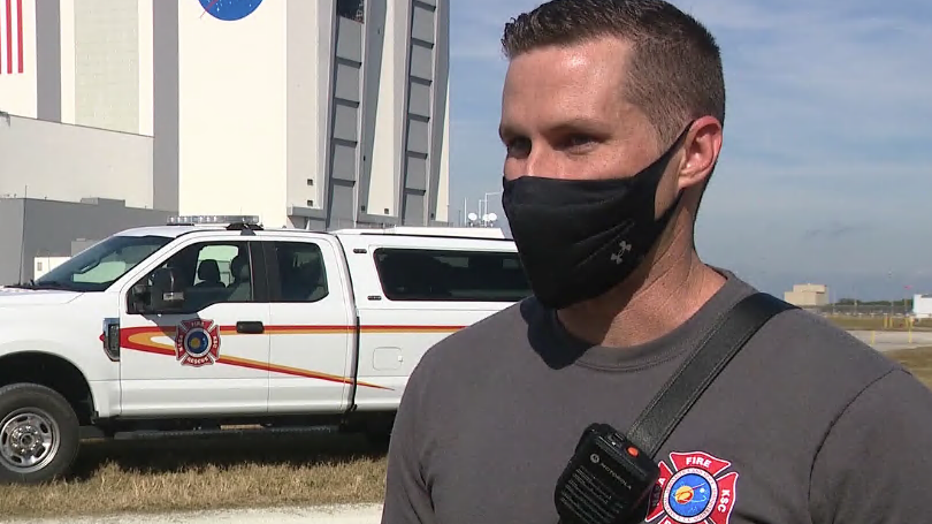 "When I got down there to them, I could tell that they had been there a while and they were ready to get off. They didn’t want to be on that narrow scaffolding anymore. Once we started going up, nerves set in. But once we got to the top he was grateful, he was excited to be off the side of the building. He was very appreciative, to say the least, when we got up there," Morgan said.

Morgan is now being recognized by the Space Coast Fire Chiefs’ Association as their 2020 firefighter of the year.