A former U.S. Navy fighter pilot spoke this month about what he says was an encounter with a “Tic Tac”-shaped UFO and believes the flying object committed an “act of war.”

Fravor says he was dispatched to investigate radar anomalies and later described what he saw as "like nothing I've ever seen" – a Tic Tac-shaped object able to turn on a dime and make itself invisible to radar, New Zealand’s TV Channel 3 reported.

RELATED: ‘Not made on this earth’: Top-secret Pentagon UFO task force reportedly expected to reveal some findings

He was followed by other pilots who managed to catch it on video. Clips were leaked in 2017 by a UFO research group founded by punk singer Tom DeLonge of Blink 182, and formally declassified in 2020 by the Pentagon, according to the station.

"This is not like, 'we saw it and it was gone', or 'I saw lights in the sky and it's gone' – we watched this thing on a crystal clear day with four trained observers," Fravor said.

He said he tried to get close to it, but as he did so it accelerated so quickly, it was gone in half a second, according to Channel 3. 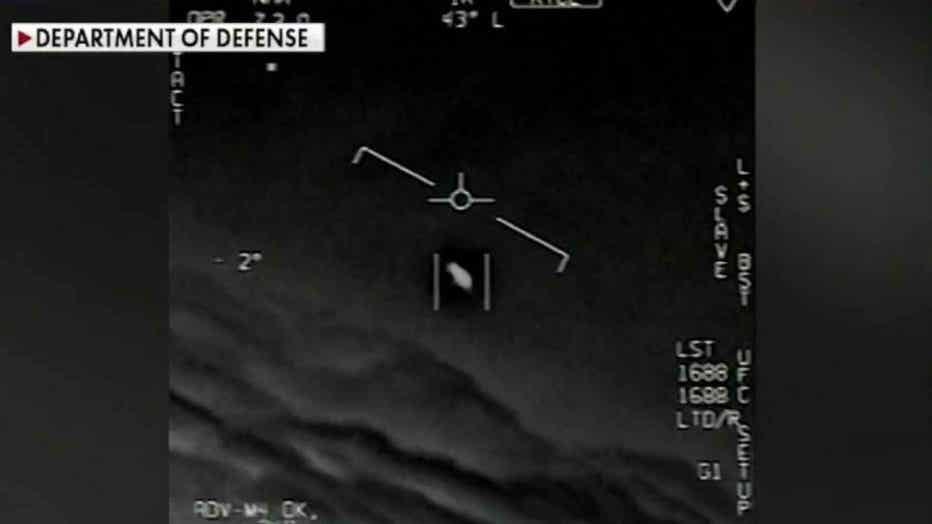 Image showing an unidentified object that was captured in video by the Navy in 2004. (Department of Defense)

"I remember telling the guy in my back seat, 'Dude, I dunno about you but I'm pretty weirded out,'" Fravor said, according to the station.

Once he landed, Fravor mentioned the object to another pilot, Chad Underwood, the station reported.

Underwood found the UFO, aimed his radar at it – and got jammed.

“He's telling the radar, 'Stare down the line of sight, whatever is there I want you to grab it and build a trace file on it,' which will tell you where it is, how fast it is and the direction that it's going," Fravor told Fridman, according to the station.

"When you actively jam another platform, that's technically an act of war," Fravor told Fridman.

Fridman called Fravor "one of the most credible witnesses" in the history of UFO research.