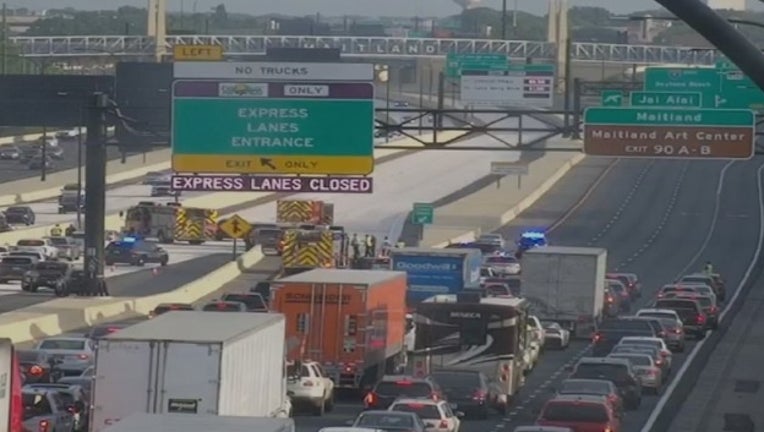 MAITLAND, Fla. - The eastbound lanes of Interstate 4 (I-4) in Maitland were shut down on Thursday morning after a crash involving a motorcycle, Florida Highway Patrol says.

According to FHP, the crash happened just before 8 a.m.

Witnesses told troopers that a female motorcyclist was weaving in and out of traffic when she lost control trying to avoid a slowing vehicle. The motorcyclist reportedly struck the guardrail that separates the main I-4 lanes and the Express lanes.

She was taken to the hospital in critical condition.

Troopers are on scene. Some lanes have since reopened. Get live updates in the player above.