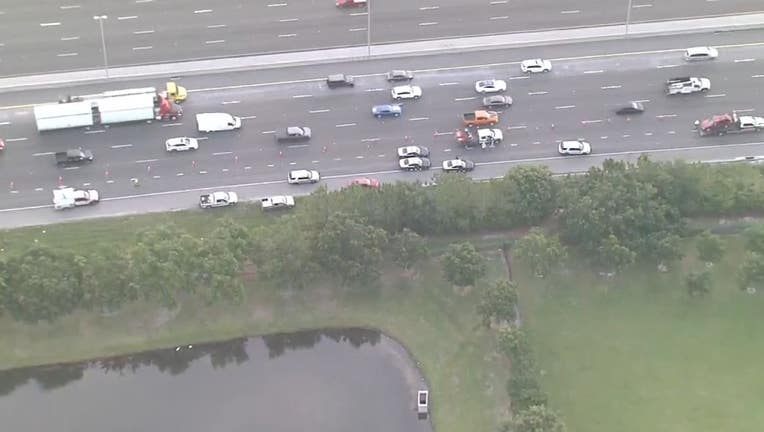 Troopers responded to a crash on the Florida Turnpike Thursday morning after a man reportedly struck an Orange County Sheriff's Office's patrol car and a construction truck.

The Florida Highway Patrol said the crash happened near a construction area just after the SR-408 exit.

According to FHP, a 73-year-old Tavarares man was driving a Jeep southbound on the turnpike when he "failed to maintain the lane," ran over cones within a lane closure where crews were working and crashed into the truck and the deputy's patrol car.

PHOTOS: Fire breaks out on Carnival Freedom that left from Florida

Authorities said his injuries were minor.

The driver of the construction truck and the deputy were not hurt.