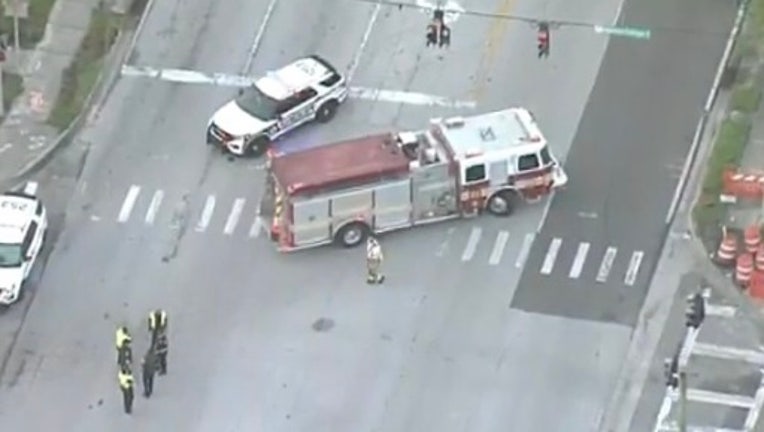 ORLANDO, Fla. - Two teenagers are in the hospital after being hit by a vehicle while crossing a busy Orlando intersection on Tuesday morning, the Florida Highway Patrol says.

The crash happened just before 7 a.m. at the intersection of Goldenrod Road and Valencia College Lane.

MORE NEWS: Orlando woman says someone shot her cat, Colby, in the head

According to FHP, the 14-year-old female pedestrians were struck as they crossed the street. They were reportedly hit by a 59-year-old woman driving a 2021 Ford Bronco.

The two teens were transported in stable condition to Arnold Palmer Hospital. FHP says the driver told investigators that she had the green light and the girls darted out in front of her.  One of the teens told investigators drivers on Goldenrod had a red light and they had the walk signal indicating they could cross.  Troopers say one of the girls suffered serious injuries, the other has some cuts, bumps and bruises.

The crash remains under investigation. Check back for details.

Watch FOX 35 News for updates. Get breaking news alerts in the FOX 35 News app. Download for iOS or Android