It was a frightening morning for some drivers traveling westbound in the new I-4 Express lanes. A call came into 911 just before 3:20 a.m. on Monday reporting a wrong-way driver on the new toll lanes.

ORLANDO, Fla. - It was a frightening morning for some drivers traveling westbound in the new I-4 Express lanes.

A call came into 911 just before 3:20 a.m. on Monday reporting a wrong-way driver on the new toll lanes.

"Which way are you going? I-4 westbound, which exit did you just pass?" the dispatcher asked.

"Westbound, I want to say I just passed Ivanhoe," the caller responded."

"Do you know what type of vehicle it was?" the dispatcher asked.

"No. It was coming way too fast. I was doing like 65, 70, and I just saw the headlights and I swerved over into the emergency lanes to avoid it," the caller replied.

Minutes later another driver called 911 reporting a bad accident on I-4 between Fairbanks and Princeton.

"I’m driving on I-4 Westbound.  And, I’m past it now but in the new express lanes heading westbound. There’s two cars that are stopped completely that look like they’re both totaled," a caller said. "No one looked like they were moving." 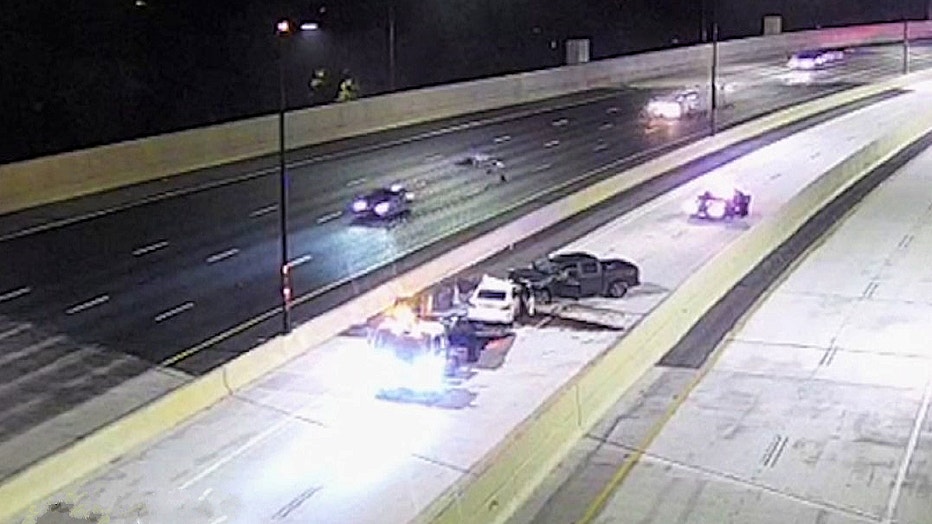 Florida Highway Patrol Lt. Kim Montes says the driver who caused this crash is critically injured, the other driver was taken to the hospital with minor injuries.  Troopers now working to figure out how this happened.

"Right now, we don’t know if he made an illegal U-turn if he got on the exit ramp the wrong way," Lt. Montes said.

She says it should have been obvious to the wrong-way driver, that he was going the wrong way.

"The roadway markings are there the paving markers are there. The wrong way signs are there," Lt. Montes said.

The Florida Department of Transportation released a statement, which read, "The Department plans to continue enhancing wrong-way driving technology within the I-4 Ultimate corridor. The planned enhancements are the same technology that was recently installed at other locations along I-4 (outside the construction zone of I-4 Ultimate). The equipment requires a specialist to install."

Stay tuned to FOX 35 News for updates on this crash investigation.