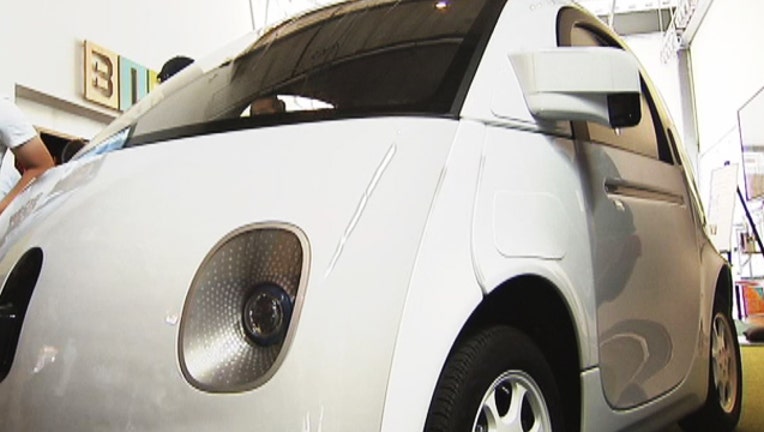 WASHINGTON (AP) - Federal transportation officials are rethinking their position on self-driving cars with an eye toward getting the emerging technology into the public's hands.

Just two years ago, the U.S. Department of Transportation struck a cautious tone. Its official policy statement, published in May 2013, says cars should be limited to testing and not "authorized for use by members of the public for general driving purposes."

For several years, Google and several traditional automakers have been running prototypes equipped with a suite of sensors and cameras around public streets and highways, mostly in California.

Those cars must have someone behind the wheel, ready to take over. Some have gotten into collisions, though the companies say a person in another car caused the accident in each case.

Google has advocated spreading self-driving cars into the public, once the tech titan concludes the technology is safe.

While states have taken the lead on regulating self-driving cars, policymakers in Washington hold some sway over states' decision-making. California's Department of Motor Vehicles in particular has asked for federal guidance as it struggles with how to move the cars safely from small-scale road tests to broader adoption.

In a written statement Monday, U.S. Department of Transportation spokeswoman Suzanne Emmerling said that with rapid development of the technology, federal policy is being updated.

"Breathtaking progress has been made," Emmerling wrote.

She said Transportation Secretary Anthony Foxx ordered his department's National Highway Traffic Safety Administration to update its 2013 policy "to reflect today's technology and his sense of urgency to bring innovation to our roads that will make them safer."

It's unclear what the new policy will be, but the tone of the statement signaled that Foxx is interested in endorsing the technology.

Language that the agency is revisiting specifies that in states where the public can get access to the cars, a licensed driver should be behind the wheel.

Google has argued that once cars can drive as safely as humans, it would be better to remove the steering wheel and pedals so that people don't mess up the ride. A Google spokesman had no comment on word of the federal review.

The California State Transportation Agency has interpreted the 2013 federal guidance as urging caution. The federal update "reaffirms that the topic is evolving and one worthy of continued discussion and public input," spokeswoman Melissa Figueroa said.

She said the Department of Motor Vehicles is working to publish draft regulations by year's end.

The draft was due last Jan. 1, but concerns such as proving that the technology is safe have held up those rules.

The nonprofit group Consumer Watchdog has been advocating restraint.

"We commend the DMV for its thoughtful and thorough approach, and urge that you continue to act in the public's interest, rather than succumbing to corporate pressure," John Simpson of Consumer Watchdog wrote last week in a letter to the Department of Motor Vehicles. "The important thing is getting the regulations right, not rushing them out the door.".