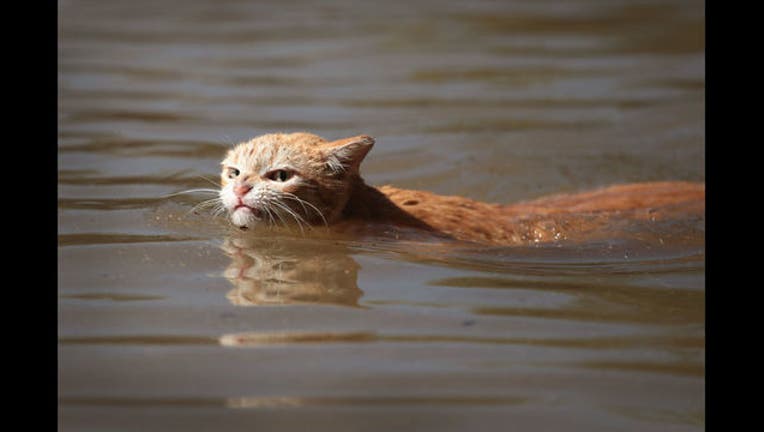 HOUSTON, TX - AUGUST 30: A cat tries to find dry ground around an apartment complex after it was inundated with water following Hurricane Harvey on August 30, 2017 in Houston, Texas. Harvey, which made landfall... (Photo by Scott Olson/Getty Images)

The image, which was captured Aug. 30, has since gone viral, with many commenting on the cat’s resilience in the face of the storm. It’s been shared more than 65,000 times.

“All the photos I've seen of dogs and horses escaping the flooding, they look terrified. This cat just looks pissed — like he's going to write a sternly worded letter to his city councilor when he gets home." commented one Facebook user.