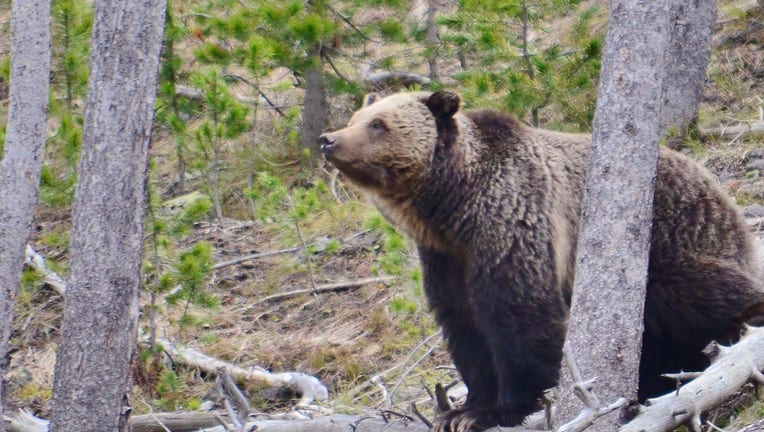 BOISE, Idaho - A father and son pleaded guilty to the unlawful killing of a grizzly bear which also led to the death of her cub, according to Idaho authorities.

Jared and Rex Baum of Ashton were sentenced last week, according to a news release from The Idaho Fish and Game.

Jared, the son, pleaded guilty to a felony and was sentenced to 30 days in jail, three years of probation, $2,500 in fines plus court costs, $10,000 in civil penalties, and a lifetime hunting revocation.

Rex, the father, pleaded guilty to a misdemeanor and was sentenced to 180 days in jail, 177 suspended, $1,000 in fines plus court costs, $400 civil penalty, and a 10-year hunting revocation.

The Idaho Fish and Game authorities said a sow — which is an adult female bear — was shot by the pair and was discovered in April 2021 after wildlife officials noticed a mortality signal emanating from the radio collar of a research grizzly bear.

That signal led investigators to Little Warm River in Fremont County where they discovered the remains of the bear half-submerged in water.

They discovered the bear had been shot and a bullet was retrieved from her rib cage. However, examiners later removed 12 bullets and one bullet fragment from the sow after taking x-rays.

Wildlife officials then returned to the sow’s den site where they discovered one of her cubs died as a result of the mother’s failure to return.

Investigators interviewed Jared in November 2021 where he admitted to shooting the bear, claiming it was a case of mistaken identity. Jared told investigators he thought the sow was a black bear despite black bear season not being in effect in the area at the time.

Furthermore, investigators said Jared said he tracked the bear and thought he had shot it 40 times as the bear ran downstream towards the Little Warm River. According to authorities, Jared said once he saw the bear was a grizzly and he shot her too many times, he "finished her" since he knew she was going to die.

Jared also implicated his father in the crime. The pair admitted to ditching their weapons, two Ruger-57 handguns, in a pond after Idaho Fish and Game initially put out information about the slain bear to the public in hopes of finding the poachers.

Bonneville County Search and Rescue Dive Team searched the pond but no firearms were recovered.