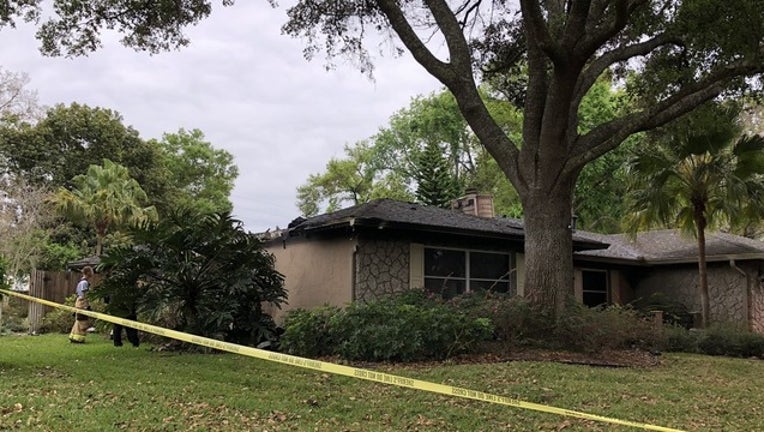 LONGWOOD, Fla. (FOX 35 ORLANDO) - The roof collapsed after the deadly fire tore through a Longwood house that firefighters say started before 4 a.m. Sunday morning. Flames raged through the top of the house, as the fire burned. Neighbors were left stunned.

Three people were living there: two parents and an adult son in his 50's. Fire Rescue said the mother made it out of the house after the fire started and called 911.

Firefighters said they battled heavy flames as they tried to get into the house. Inside they found the father and son, dead. Crews from Longwood and Seminole County responded to the scene. They say at this point the fire does not look suspicious.

They didn’t know if the house had working smoke detectors. Neighbors said it was an important reminder to be prepared, and appreciate every day.

“It could have been any of us, so it just reminds you that life is precious,” Folsom said.

Fire Rescue and the State Fire Marshal's office are both investigating how this deadly fire started.