Who Is Responsible for the Travis Scott Astroworld Tragedy? Legal Analyst Danielle Cohen Higgins speaks with LiveNOW from FOX's Rain Augustine on the latest.

HOUSTON (AP) - The families of two people who died during last year’s Astroworld music festival have settled wrongful death lawsuits they had filed, according to attorneys.

Ten people were killed and hundreds of others injured during a massive crowd surge at the Nov. 5 concert in Houston, headlined by rapper Travis Scott.

Attorney Tony Buzbee announced Wednesday that the family of 21-year-old Axel Acosta had settled its lawsuit against more than 20 defendants, which included Scott and Live Nation, the festival’s promoter.

"Axel Acosta was a beloved son, brother, and student. He was kind and loving. He is greatly missed. Please keep his family in your prayers," Buzbee said in a statement.

Acosta, who was a computer science major at Western Washington University, had traveled alone to Houston to attend the festival. Authorities initially had trouble identifying him and had released a photo of him seeking the public’s help.

KTRK-TV first reported that the family of another victim, 16-year-old Brianna Rodriguez, had also settled their lawsuit.

Court records show that Rodriguez’s family had settled their lawsuit against defendants Live Nation, Scott and others on July 22. Her family previously described Rodriguez as a high school junior in Houston who had loved to dance. 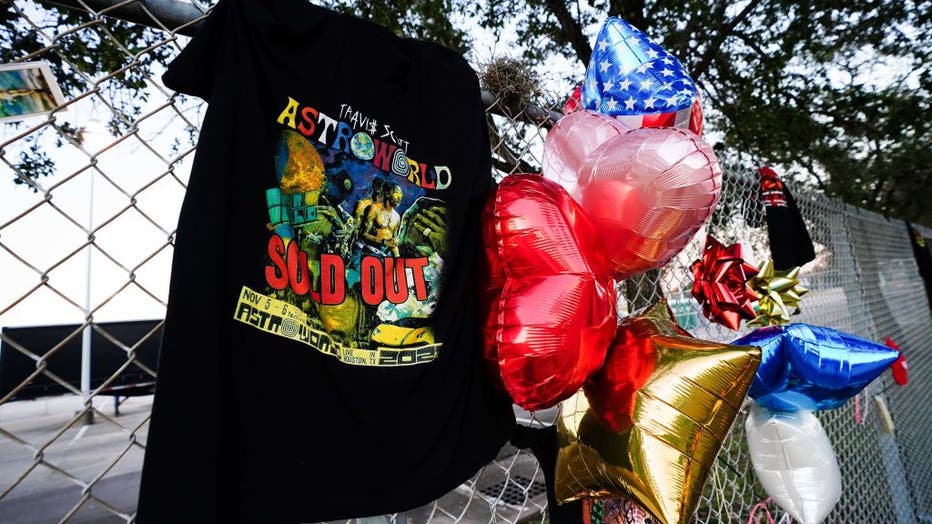 HOUSTON, TX - NOVEMBER 07: A t-shirt and balloons are placed at a memorial outside of the canceled Astroworld festival at NRG Park on November 7, 2021 in Houston, Texas. According to authorities, eight people died and 17 people were transported to lo

"Brianna Rodriguez was deeply loved and is terribly missed by her parents, her entire and extended family, her friends, and by her peers at Heights High School. Brianna’s memory will forever live within those whose lives she touched and through the nonprofit organization, Dancing Through Bri, which has been created to provide scholarships to college-bound dancers and athletes," Robin Blanchette and Troy Williams, attorneys for Rodriguez’s family, said in a statement Thursday.

Ted Anastasiou, a spokesperson for Travis Scott, said in a statement Thursday that no member of the rapper’s legal team has participated in any settlement discussions.

Within the last few weeks, the families of at least three other victims who died at the festival have amended their lawsuits to include Michael Rapino, Live Nation’s CEO and president, as a defendant, according to court records.

Live Nation’s attorneys have asked that Rapino be dismissed from the case because the families’ attorneys have failed to show he was personally involved in any matters related to the festival, according to court records.

More than 500 lawsuits were filed after the deadly concert. The 10 people who died were among 50,000 who attended the festival.

Those who died ranged in age from 9 to 27 years old. Roughly 300 people were injured and treated at the scene, and 25 were taken to hospitals. Those killed died from compression asphyxia.