Some people have found refuge in Orlando following the devastation in Puerto Rico as major earthquakes rock the island.

ORLANDO, Fla. - Some people have found refuge in Orlando following the devastation in Puerto Rico as major earthquakes rock the island.

Puerto Rico has been rocked multiple times throughout the week, including a 6.4-magnitude quake Tuesday that killed at least one man, destroyed homes and left most of the island without power.

Lillian Cuevas is one of many people who have come to Orlando following the major earthquakes in Puerto Rico this week. 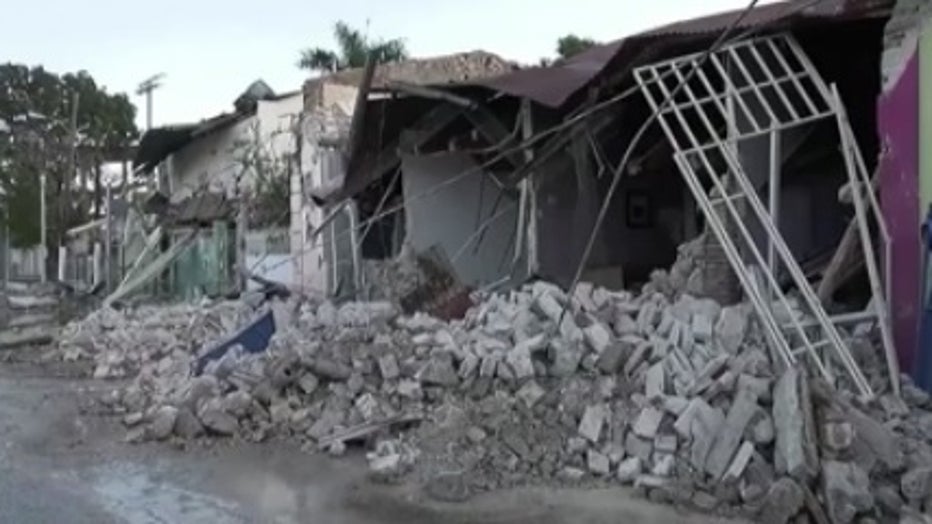 Hundreds of homes, schools and other buildings have collapsed.

Cuevas was inside her aunt’s home with her elderly mother when an earthquake hit her hometown of Guánica.

“It was shaking so hard I couldn’t even stand on my two feet,” Cuevas said. “All of a sudden, it went dark. I couldn’t see her. And I kept screaming, 'Are you OK? Are you OK?' And she said, 'Yes'. She stayed where she was and I felt everything falling.”

She rushed out of the house with her elderly mother and aunt.

They slept in a car for a few days before they got on a flight to Orlando to stay with family.

But, she’s worried about those left in Puerto Rico.

“It’s scary because I have people that I love there,” Cuevas said. “They haven’t been able to get out or have nowhere to go or they have no family that can say you’re welcome to stay with us.”

The Hispanic Federation, a nationwide nonprofit, is working to help those impacted by the major earthquakes.

They expect an influx of people from Puerto Rico coming to the Orlando area in the next few days, weeks and months.

They say many families are still struggling from Hurricane Maria.

“We are ready to serve them as they deserve,” said Yanidsi Velez, of the Hispanic Federation. “Our families are going through post-trauma syndrome. We need to be mindful of the timing.”

Cuevas says she is blessed to have a family to help her stand on her two feet, but is devastated because she doesn’t know what the future holds.

“It just kept trembling and trembling and you would want it to stop, but all of a sudden you have no hope that it will stop,” Cuevas said. “That’s scary, especially knowing that I might be able to go back home.”