The Florida Department of Transportation is planning major improvements to an intersection considered to be a traffic nightmare by many.

ORLANDO, Fla. - The Florida Department of Transportation is planning major improvements to an intersection considered to be a traffic nightmare by many.

Anyone who has taken Interstate 4 to Sand Lake Road by Turkey Lake Road knows how challenging it can be to navigate the roadways. 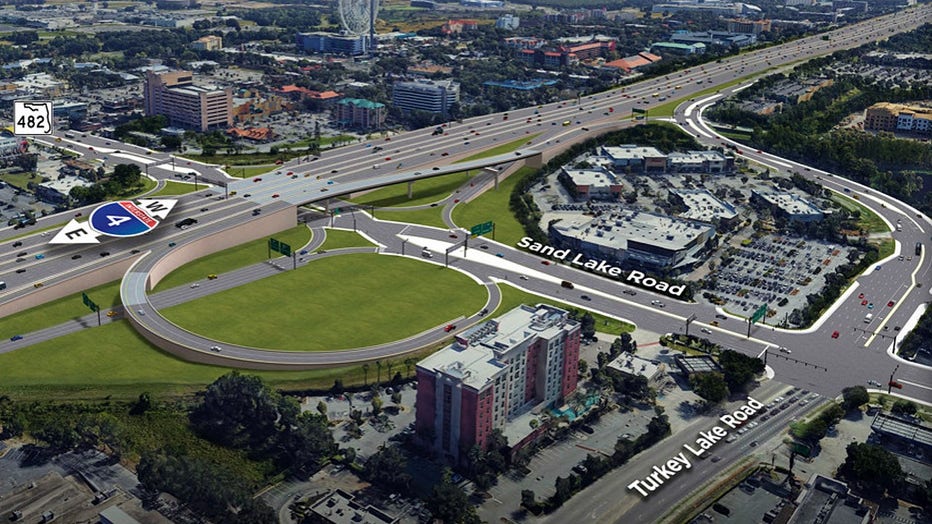 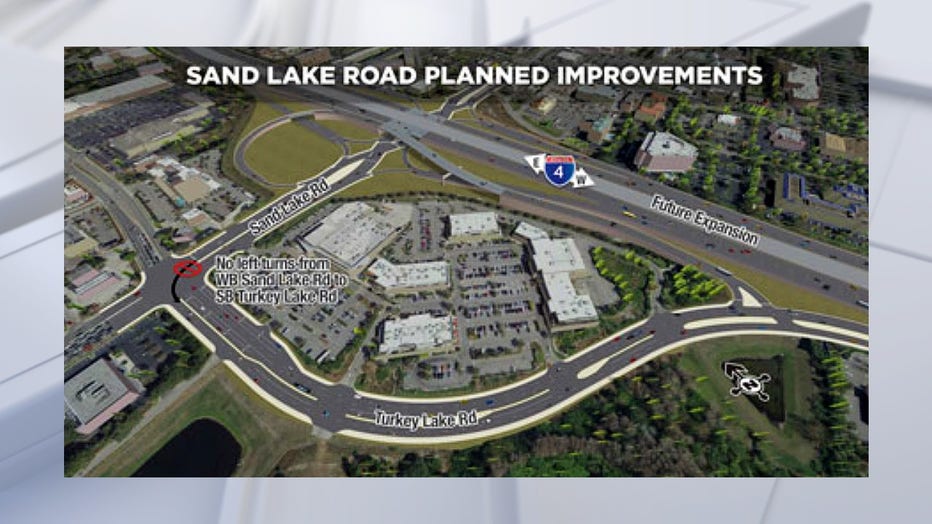 Plans for a new I-4 Interchange could help improve traffic flow.  Drivers heading westbound on Sand Lake Road would access Turkey Lake Road via a new bridge and loop, eliminating the existing left turn.  In addition, a diverging diamond interchange would improve conditions for drivers traveling in both directions along Sand Load Road as they pass under I-4.

"I think it’s a good idea," he said. "It will eliminate a lot of the traffic that goes through the plaza."

The project will reconfigure and lengthen ramps at the interchange improving traffic flow at this very congested intersection.

And if you head south on Turkey Lake Road to Daryl Carter Parkway by a new development called Otown West, there will also be some new entrance and exit ramps to I-4, reducing traffic by Sand Lake Road.

SKYFOX Drone over I-4 tourism corridor

Tinel said, "Sounds great! Gonna do everything to make the traffic move smoother."

"This is long overdue. We need another way to get on and off I-4," Wideman added.

Further down I-4 near State Road 535, where Crossroads of Lake Buena Vista was closed, improvements are on the way.

"We have a lot of people from out of town and nobody knows  the right turn to make," Wideman said,

Gabor said, "You have to have compassion for them, in the meantime, you’re trying to get somewhere too, so it’s very, very frustrating."