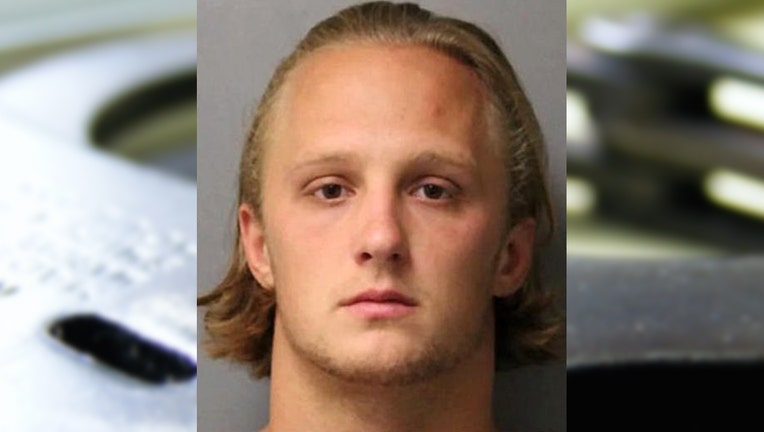 GEORGETOWN, Del. (AP) - A former University of Delaware baseball player accused of sexually assaulting six women was sentenced on Friday to five years in prison for his rape conviction in the first case to go to trial.

Sussex County Superior Court Judge Richard Stokes on Friday also sentenced 23-year-old Clay Conaway to one year of home confinement and two years of probation for the June 2018 rape of a woman he met online. She was 21 at the time of Conaway’s conviction in September.

After a 10-day trial, a jury deliberated for about three hours before convicting Conaway of fourth-degree rape in September. The charge carries a maximum sentence of 15 years in prison but no mandatory prison time. Conaway had faced a possible life sentence if jurors had convicted him of first-degree rape.

The woman testified that Conaway raped her after she drove to his house. The encounter occurred three weeks after they connected on the online social and dating application Bumble. Conaway sent her a nude picture of himself before they met.

She is one of six women whom Conaway is accused of sexually assaulting between September 2013 and July 2018. A judge ordered separate trials involving each accuser. Conaway is scheduled to stand trial again in December in a second case.

The woman in the concluded case testified that she was surprised, then anxious and afraid, when consensual cuddling and kissing with Conaway escalated to physical force and violence. Prosecutors said the woman didn’t want to have sex with Conaway and was crying hysterically when she called friends immediately after the encounter. The woman told a detective hours after the incident that she repeatedly told Conaway to stop what he was doing.

But defense lawyers said a three-page chronology she typed up before a second police interview several days later doesn’t indicate that she ever told Conaway "no," only that she asked him several times what he was doing. Defense attorneys suggested the woman became angry after Conaway received a phone call and told her that she had to leave because he was going to the gym with a friend.

In Delaware, fourth-degree rape is defined as intentional penetration with any object or body part without consent. Prosecutors needed to prove that the woman was injured during the encounter to sustain a conviction for first-degree rape. They alleged that the women suffered a hip injury when Conaway pinned her legs up near her shoulders.