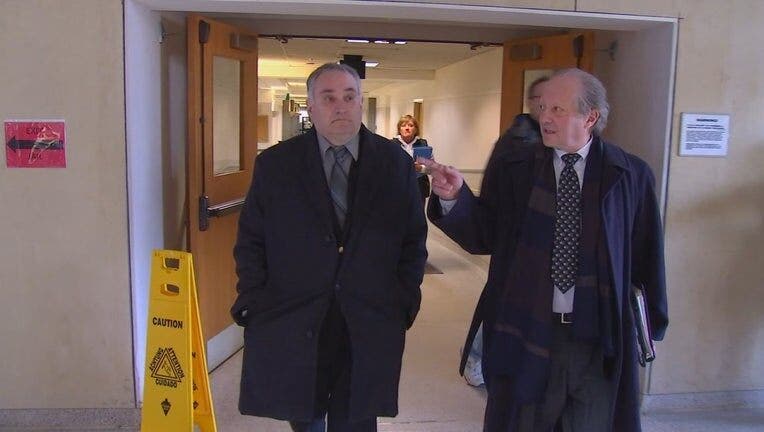 CHISAGO COUNTY (FOX 9) - The former Chisago County Sheriff is facing charges after a second woman came forward claiming he blackmailed her with threatening letters to coerce her into performing sexual acts while he was still the sheriff.

In October 2020, Duncan pleaded guilty to an amended count of harassment and misconduct of a public officer for writing a series of threatening letters under the alias "Control Freak" to a female employee in the fall of 2017. The letters attempted to get the woman to attend law enforcement training with him in Bemidji and stay in the same hotel room.

The woman told human resources, and an internal investigation was conducted. The sheriff informed investigators he was the author of the letters and resigned shortly after, according to the complaint.

The latest charges filed on Thursday claim Duncan sent similar letters to a different woman, who did not work for the sheriff's office, just a few months before, in the Spring of 2017. The former sheriff allegedly told a woman they were both being "blackmailed," and the "blackmailer" wanted them to act like they were having an affair, according to the complaint.

The criminal complaint states Duncan told the woman if they did not follow this person's demands, the "blackmailer" would kill her and her family. He added the blackmailer was someone inside law enforcement who knew details about her life, where she and her husband worked, and information about her children.

Prosecutors explained a pattern ensued in which the sheriff would reach out to the woman claiming he received a new letter from the "blackmailer." The letters requested her to do various sexual acts while Duncan would record it on his iPad as proof she was complying with the "blackmailer's" demands.

The complaint states the woman told police she was "scared and fearful that her family may be harmed or even killed" and she needed to do everything listed in the letters in order to keep her family safe.

Prosecutors indicated the sheriff told the woman of at least six letters he received from the "blackmailer."

The woman later figured out she was not actually being blackmailed after discovering the sheriff was charged for sending similar letters to an employee. The woman told police about the alleged blackmail in May 2021, and they began investigating.

Law enforcement spoke with Duncan about the newest allegations and said he declined to give a statement, charges revealed.

Duncan was sentenced in the first case in December 2020, and a judge gave him four years of probation and one year in prison, which was stayed for two years. The court ordered him to pay $13,460 in restitution to the employee. In March 2022, a jury in a civil lawsuit ordered Duncan to pay the former employee $565,000 for past and future mental anguish in addition to $550,000 in punitive damages.

"We are still gathering information. The conduct described in this new criminal complaint is outrageous, depraved and consistent with the evidence in [prior victim's] case. [She] is considering all options available to her," attorney Leslie Lienemann, who represents the former sheriff's office employee, told FOX 9.

Duncan is scheduled for his first court appearance on November 28 in relation to the new charges.

It's not known if Duncan has a lawyer in relation to the new charges.