The wait for electric scooters in Orlando is finally over. Lime is the first vendor to bring them to the City Beautiful, delivering 200 scooters on Tuesday.

ORLANDO, Fla. - The wait for electric scooters in Orlando is finally over. Lime is the first vendor to bring them to the City Beautiful, delivering 200 scooters on Tuesday.

“Sixty percent of them are going to be in the central business district of downtown, the other 40 percent will be spread out into other areas of the city,” said Jae Cox, Lime operations manager in the Orlando area.

Scooters will also be available in Thornton Park, SoDo, Parramore and College Park.

“I’ve been waiting for them,” said Cierra Hayward, a rider.

“It’s a fun way to get around,” said David Luke, a rider. 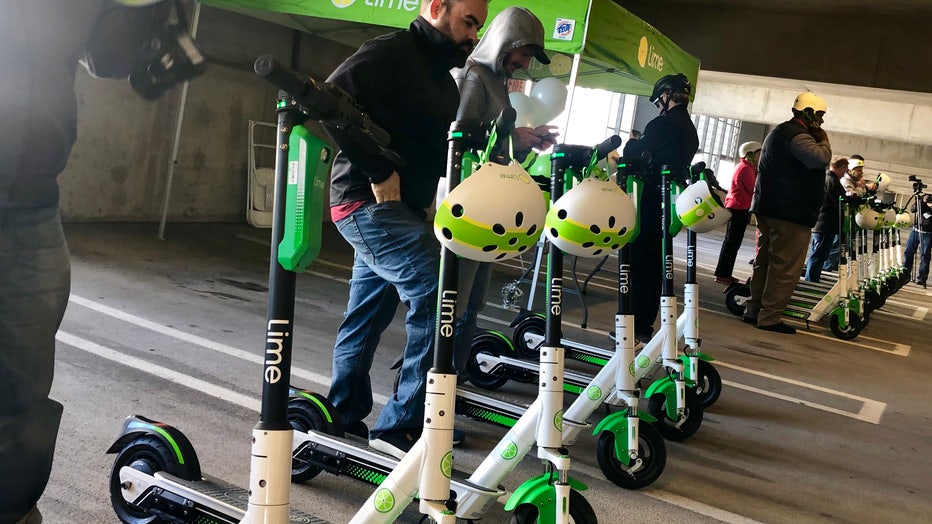 One concern has been speed, which is why the city has capped them at 10 miles per hour. Another worry is the scooters being tossed anywhere.

“We have preferred parking areas, which is going to urge people to park there instead of in a less convenient location. We have no parking areas where it’s not going to allow you to end your trip if you are in a geo-fenced box of the no parking area, and then we’ve got areas like Lake Eola, which are a no-ride zone,” Cox said.

Many are concerned over the learning curve for riders, which is why the city is requiring vendors to host safety classes, to teach riders how and where they can ride.

“You have to get used to it, it’s not difficult at all, it’s just like a kid’s razor scooter,” Luke said.

“Just be careful and watch out for cars. Don’t do it drinking,” said Jen Dunn, a rider.

“A lot less people needing to drive everywhere. You can make short trips, medium trips, even long trips on the scooter without having to worry about getting in your car and then finding parking in areas like downtown, which I’m sure everyone has experienced is not always the most fun,” Cox said.

The scooters are now available. You must be 18 to ride.

The promo code will be available for one month.

As for the Lime bikes, the company will be removing them in the coming days.

Three other companies have applied for permits to bring e-scooters to Orlando.