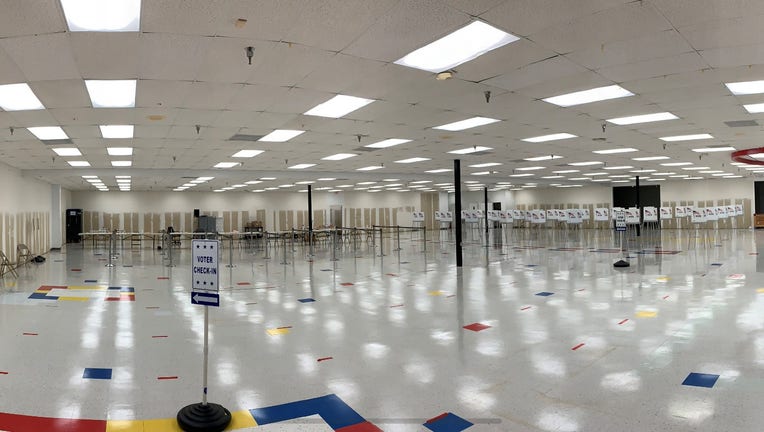 SEMINOLE COUNTY, Fla. - Early voting in Florida will be underway starting on Monday, and polling centers are getting ready for a big turnout.

The clock is ticking as early voting starts on Monday in Florida. Seminole County Supervisor of Elections Chris Anderson says they've been getting ready all weekend long.

"Making sure we have enough pens, enough clipboards, enough paper clips," Anderson said. "It comes to the smallest details of paperclips all the way to the voting machines."

Anderson says he's expecting a big turnout this year and says when you head to the polls they might look bigger than in previous years.

"We have asked for larger spaces in all 80 of our precincts and in our early voting locations so even though we will be controlling the people inside, we’re going to have a larger room so we can still keep a good number of people in," Anderson said.

This year, polling centers will limit the number of people inside at a time, social distance and sanitize voter booths. Seminole County has added election workers to specifically focus on cleaning.

"Everything we have done has been in anticipation for this moment to make sure voters have an opportunity to make that oval target on their ballot and to keep them safe while they do it," Anderson said.