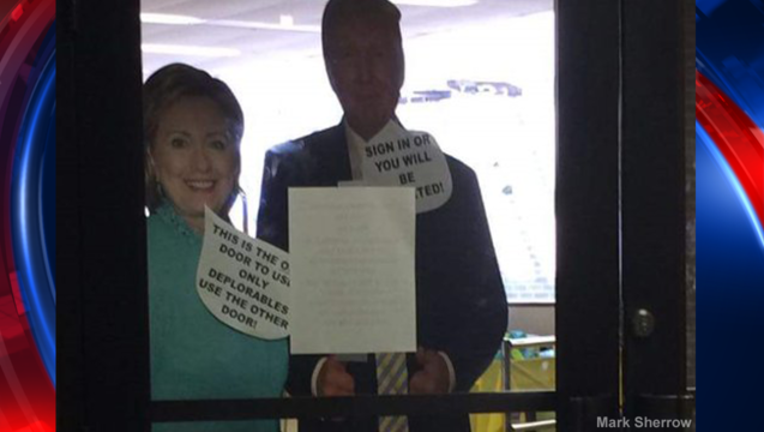 LONGVIEW, Texas - An East Texas school librarian has been suspended after posting life-size cutouts of Donald Trump and Hillary Clinton and adding modified campaign comments that some patrons found offensive.

The Longview News-Journal reports the employee recently displayed the cutouts of the presidential candidates at the library entrance.

The comment displayed for Democrat Clinton was: "This is the only door to use. Only deplorables use the other door."

A Hispanic woman whose nephew attends the school expressed her dismay to the Longview News-Journal.

The paper reports that the school's population is one-third Hispanic. The school is a 6A, which means it has more than 2,100 students.

Longview is 120 miles east of Dallas.