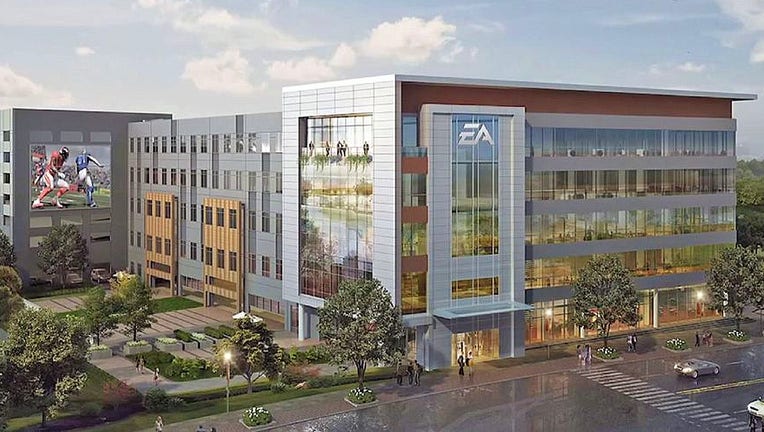 ORLANDO, Fla. - As Electronic Arts prepares to move its EA Tiburon headquarters from Maitland to the Creative Village in Downtown Orlando later this year, the company has confirmed to FOX 35 News that the Orlando studio will oversee the production and rollout of the EA Sports College Football game.

EA Sports College Football is a reboot of sorts for what was EA’s widely popular NCAA Football game, which was discontinued in 2013 due to legal issues with universities.

In 2019, Orlando Mayor Buddy Dyer announced the company's $62-million, 80,000-square-foot, five-story office building planned for the Creative Village, which will include an outdoor plaza and parking garage.  At the time, EA said it would relocate 700 high-paying jobs, with the possibility of adding more than 300 positions in the coming years.

In a statement sent to FOX 35 News, Daryl Holt, the vice president and general manager of EA Tiburon, EA Sports Austin, and EA Sports Madrid, noted incredible growth for the company and the gaming industry as a whole, even during the coronavirus pandemic.

"Central Florida has been an incredible home for EA Tiburon for over 25 years and we are looking forward to a new chapter as we move to the Creative Village in Downtown Orlando, especially with its recent growth in the tech sector," Holt wrote.  "We are optimistic about prospects for job growth, including in Orlando, as we continue to look for ways to expand on our industry-leading portfolio."

Holt said that EA Sports has been partnering with the nation’s leading collegiate brand licensing company, "to secure the rights to logos, uniforms, and other iconic game day traditions," to provide college football fans with an immersive experience.

"We have a rich tradition in college football, with the previous franchise driving tens of millions in sales as a consistent top title across our portfolio. Even while the franchise has been inactive, we’ve seen high engagement numbers in previous versions," Holt added.

The new space is on track to open in October, according to our news partners at the Orlando Sentinel, which previously reported that EA could receive millions in tax incentives with the move to Orlando.