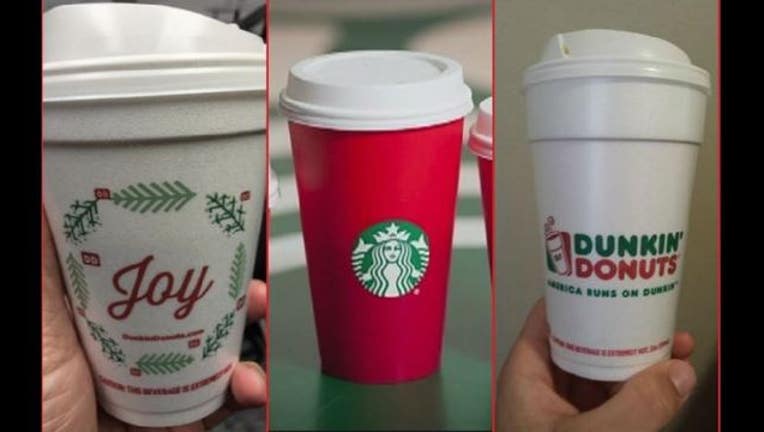 The coffee-and-donut chain claims the move wasn't intended as a jab at Starbucks, which received some blowback from Christians for dropping Christmas imagery from its holiday cups.

Click here to read the full story from FOX News.