Nearly 600 utility competitors from around the world and as far away as Australia will test their skill, agility and speed. They will compete in a series of events that will showcase their skills and technique and see how they stack up against their peers.

“It’s basically the Olympics for linemen” said Duke Energy Spokesperson Ana Gibbs. “The timed climb is [when] you get up on a pole [and get] to the top as quickly and safely as possible with a raw egg in your mouth. Of course if that raw egg is broken that’s points deducted.”

Duke Energy Lineman Apprentice Aaron Gilbert will be competing on the international stage in the apprentice division after winning Duke Energy Florida’s title for the past two years. 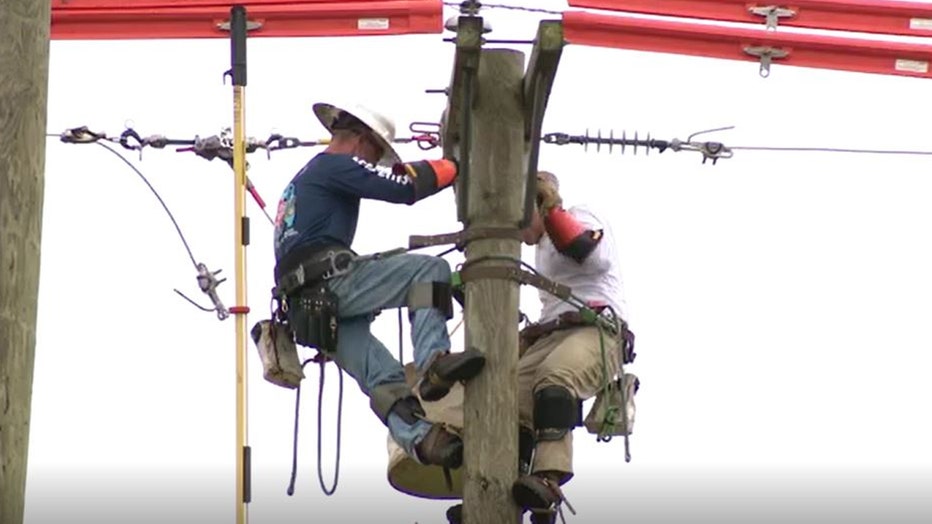 “It really gets down to be smooth and smooth is fast,” Gilbert said. He has been studying one-thousand pages for the written portion of the competition. He has also been brushing up on his techniques. “It’s fast-paced. You want to keep your composure really… you really don’t want mistakes like you don’t want a mistake out in the field.”

While the competition is about fun, competitors also have to do additional training, which means more efficient and safe service for Duke Energy customers.

“You practice exactly what we do out there. We climb poles and restore power to customers and try to get speedy response times and [be] speedy at what we do and want to keep it safe while we’re doing it too,” Gilbert said. The International Lineman's Rodeo will be held October 19th.