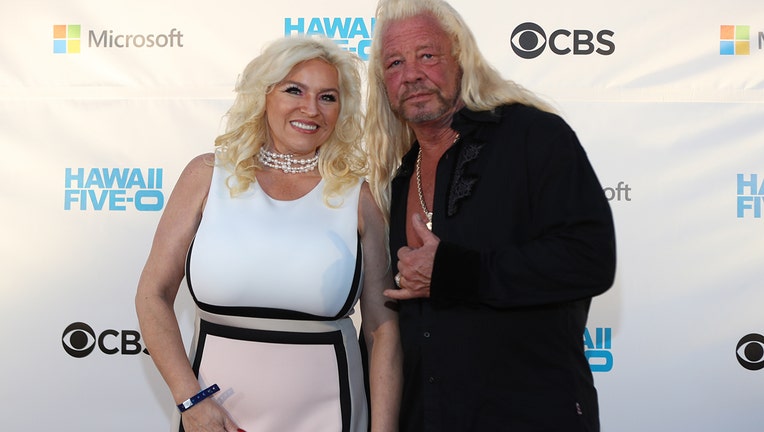 Duane Chapman, known as Dog the Bounty Hunter, paid tribute to his late wife Beth Chapman on what would have been her 52nd birthday.

The 66-year-old posted a video on Tuesday from their reality TV show, "Dog's Most Wanted," on social media.

"There will never be another like you," he wrote. "Happy birthday Beth! We [love] you!"

He also reposted an image of the two of them from her account. She had captioned it, "Sooooo in love with this guy!" as Dog appeared to be whispering something to her.

A source told TMZ that the day was extremely difficult for Dog.

"He spent the entire time indoors going through photos of Beth and himself," the insider revealed.

The source added, "It was a tear-filled day. He called their children and many of Beth's friends to reminisce and talk about the positive impact she had on their lives."

Beth, 51 at the time, died on June 26 after a long battle with throat cancer.

She was first diagnosed with stage 2 throat cancer in November 2017. She underwent successful surgery, but doctors months later told her the cancer had returned.

Dog has been slowly putting his life back together while also battling his won health complications. He revealed in September on the "Dr. Oz" show that he suffered a pulmonary embolism.

The reality star said that he learned he had the "life-threatening" condition -- in which "clots block blood flow" -- two weeks after being hospitalized for chest pains, according to People.

In August, he appeared on Fox & Friends to do press for the family's new show "Dog's Most Wanted'" which features Beth's battle with cancer.

"Credit where credit's due. She wanted to go ahead and do the show," he revealed. "She said this is my life and I'm going to show every bit of it.

"She battled it for two years. Beat it once and then it came back very aggressive," he said.

Dog added that the chemotherapy treatment was extremely harsh on Beth's body so she decided to stop it because she wanted to continue filming.

"The week before she went to heaven she put a guy in jail," he described. "Shot him, tased him, didn't give him a chance."