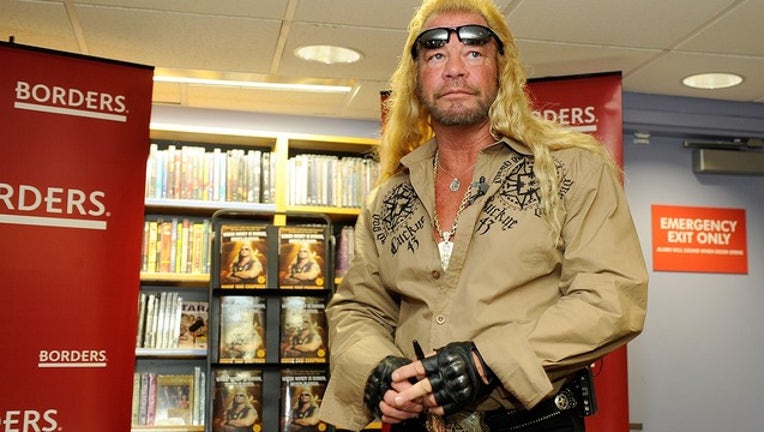 Rumors circulated that Dog, 66, was spotted having dinner with a mystery woman only a few weeks after the death of his wife and her mother, Beth Chapman, but Bonnie was quick to set the record straight.

"Pissed on my father's behalf that he can't go on a business dinner without someone speculating he's on a date," the 20-year-old wrote on her Instagram Stories on Sunday. "Leave our family alone please. Leave my father alone, let him try to continue our business in peace."

Beth died on June 26 in Honolulu following a two-year battle with throat and lung cancer. She was 51 years old.

"If you really wanna know who she is, she's a member of our crew, and dad was out with 8 other people at that dinner," Bonnie added.

Beth and Dog were married for almost 13 years and shared daughter Bonnie and son Garry, 18. They also had 10 other children from former relationships.

"It's 5:32 in Hawaii, this is the time she would wake up to go hike Koko Head mountain. Only today, she hiked the stairway to heaven. We all love you, Beth. See you on the other side," Dog wrote the morning his wife died.

Last month, Bonnie said that she doubted her father would remarry.

"Nope, he found his soulmate," she wrote on social media. "No one can replace her in his heart. Their love was one of a kind, it made me believe love truly exists."

She added that she misses her mother "like crazy" but finds solace in that fact that "cancer can no longer hurt her. She's no longer in pain and finally feels normal again."