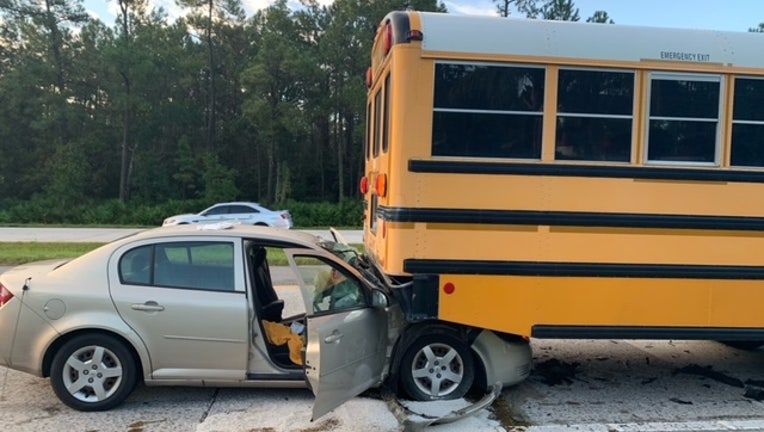 DAYTONA BEACH, Fla. - A driver was injured on Tuesday morning after fire officials say the person crashed into the back of a school bus in Daytona Beach.

The Daytona Beach Fire Department says this happened just after 7 a.m. near 3554 West International Speedway Blvd. According to officials, the car struck the rear end of a school bus while it was stopped to load passengers headed to Champion Elementary School.

Photos show the entire hood of the car stuck underneath the school bus.

"The doors of the car were stuck closed and the driver had to be extricated," officials said. 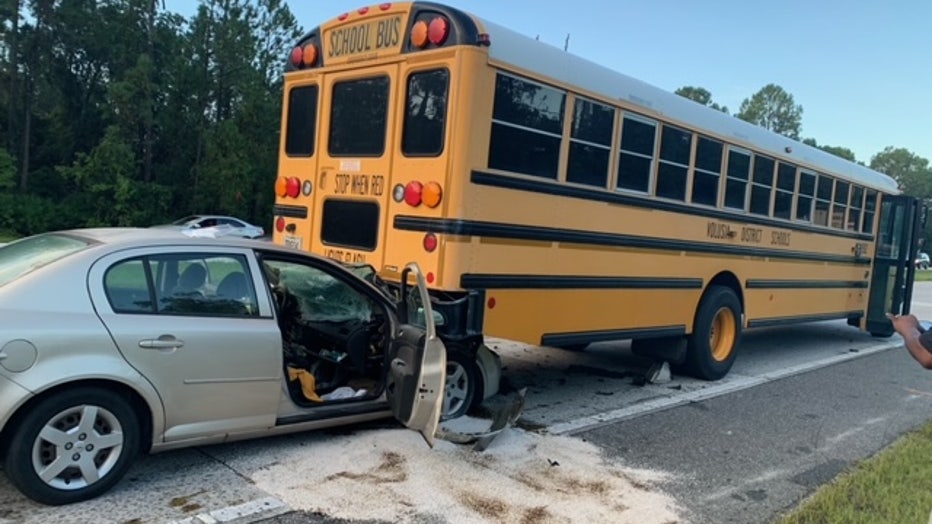 The driver of the car, a 56-year-old Port Orange man, was declared a trauma alert and taken to Halifax Hospital with serious injuries. Officials said there were no injuries on the bus, however one child was taken to the hospital non-emergency for evaluation. There were a total of 33 kids onboard at the time.

The Florida Highway Patrol is handling the investigation. In 2021, troopers said there were 2,700 school bus crashes in Florida.

They are urging drivers to always be alert and drive with caution around school buses and in school zones where children may be present.