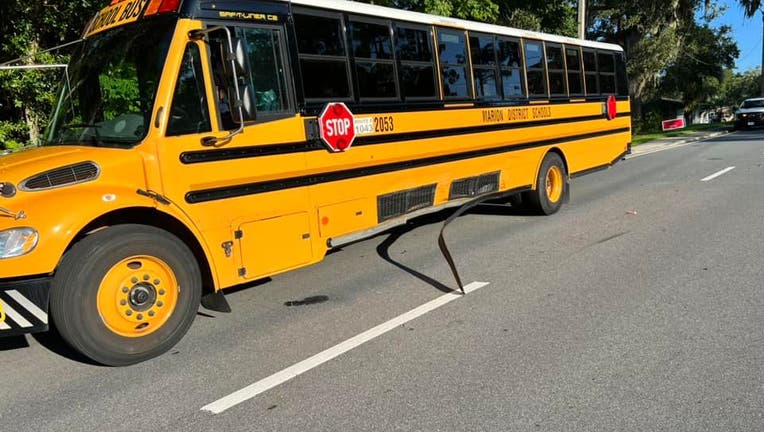 Photo is courtesy of the Ocala Police Department

OCALA, Fla. - The driver of an SUV has died after police said he swerved across multiple lanes and struck a school bus in Ocala Wednesday morning.

The Ocala Police Department said around 8:10 a.m., the driver of an SUV was heading north near the intersection of SE 36th Ave. and SE 15th Street.

The driver swerved through multiple lanes of traffic and crossed into oncoming traffic and struck the side of a school bus, before hitting a nearby tree, according to police.

He was transported to a nearby hospital where he passed away, police said.

The school bus was carrying high schoolers and no one on the bus was injured.

Ocala Police said it is possible that the SUV driver may have been experiencing a medical episode.