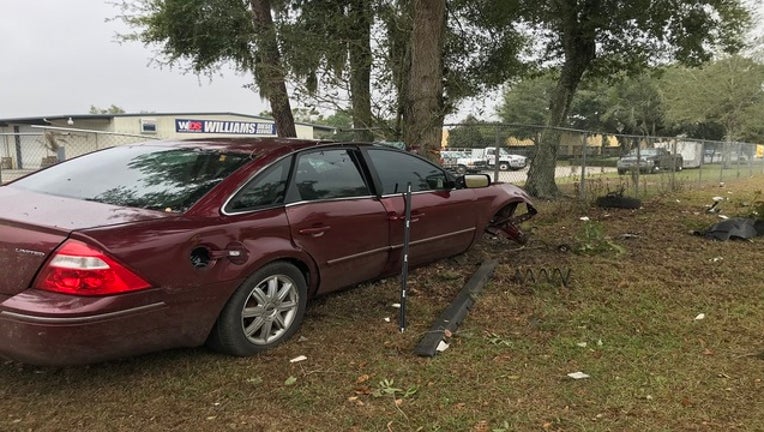 OCALA, Fla. (FOX 35 WOFL) - One person is dead in Ocala, after fire rescue officials say a car hit a fire hydrant, then a tree.

It happened on State Road 40 on Sunday afternoon.

Firefighter say they found a four-door maroon-colored Ford facing west on the opposite side of the road.

They say the car hit a fire hydrant, before coming to a stop after hitting a tree.

Officials say the driver was the only person inside the car.