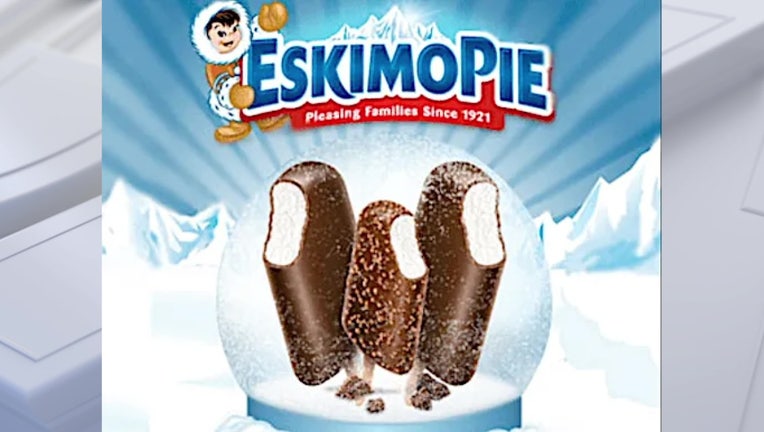 After more than 100 years, Dreyer’s is changing its popular Eskimo Pie ice cream bar to Edy’s Pie. The new name was announced by the brand Monday.

The new name was a long time coming. Back in June, the company stated its intention to rename its “derogatory” product name.

“We are committed to being a part of the solution on racial equality, and recognize the term is derogatory,” said Elizabell Marquez, head of marketing for its parent Dreyer’s Grand Ice Cream, the U.S. subsidiary for Froneri, in a statement to FOX Business in June. “This move is part of a larger review to ensure our company and brands reflect our people values.”

Since then, Dreyer’s has paused production of the ice cream bars while coming up with new branding and packaging for the treat.

After months of discussion, the brand decided on Edy’s Pie, named after one of the company’s founders, Joseph Edy.

The chocolate-coated ice cream bar will be available under its new name early next year, according to the company.

In June, in the wake of Black Lives Matter protests following the death of George Floyd during an arrest by Minneapolis police, several brands underwent name or logo changes in an effort to eliminate racially-insensitive branding. Among them were Aunt Jemima, Mrs. Butterworth’s and Uncle Ben’s.