Dress rehearsal performed for Disney cast members ahead of reopening

FOX 35 Orlando received this video from Courtney Suchart via Storyful.

ORLANDO, Fla. - Walt Disney World is preparing to reopen the first of its parks on Saturday and to get ready, a dress rehearsal was performed for cast members on Tuesday.

Cast members were allowed to visit Magic Kingdom on Tuesday, as the park tested safety measures ahead of its official reopening. Both Magic Kingdom and Animal Kingdom will open on Saturday, with Hollywood Studios and Epcot following on Wednesday.

Video from inside the park showed Mickey Mouse and Tinker Bell greeting guests as they paraded through Magic Kingdom. Disney princesses were also seen lining up on a balcony and waving.

RELATED: Walt Disney World begins reopening their parks this weekend, here's what you need to know before going 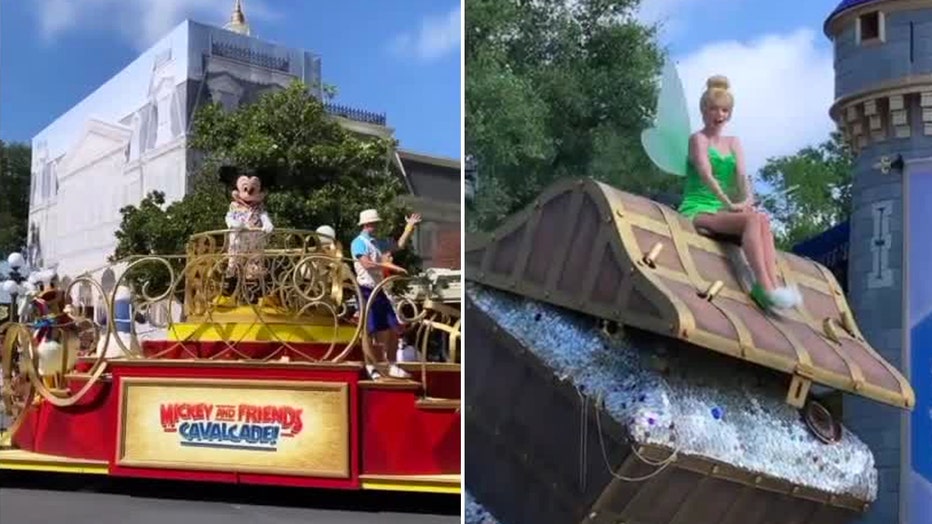 Annual passholders will be the next group to preview the parks, as they will be allowed to visit on Magic Kingdom and Animal Kingdom on Thursday and Friday. Reservations must be made to attend on these dates. Visit the Walt Disney World website to do so.