Arts Center over budget and needing millions for completion

The Dr. Phillips Center for the Performing Arts is over budget and in need of millions in order to finish construction. DPAC is $19 million short of completing its final phase and is asking Orange County for assistance.

ORLANDO, Fla. - The Doctor Phillips Center for the Performing Arts is in the final stretch of construction, but a lot more money is needed to get it to the finish line.

Some taxpayers are in support of more investment into the Doctor Phillips Center.

“It’s a lot of humanities and things that goes on in this area, I think that’s pretty cool,” said Adrienne Gilbert, Orange County resident.

But others not convinced such a big facility is needed.

“Seems like a lot of halls to me, I don’t know if we have the population to support that kind of investment,” said Tom Dillon, Orange County resident.

The center, DPAC for short, is $19 million short of completion and turning to Orange County for the money.

“It’s unfortunate that we find ourselves in this situation but we’re going to have to deal with it,” said Mayor Jerry Demings, Orange County.

The project is over budget due to higher construction costs, some add-ons and losing $9 million of funding from the state, according to DPAC. The county pulling the money from the tourism development tax revenue to get the project finished.

“With this particular expansion, it is expected that they will attract additional shows that will help produce the revenues that will make it self-sustaining,” said Demings. 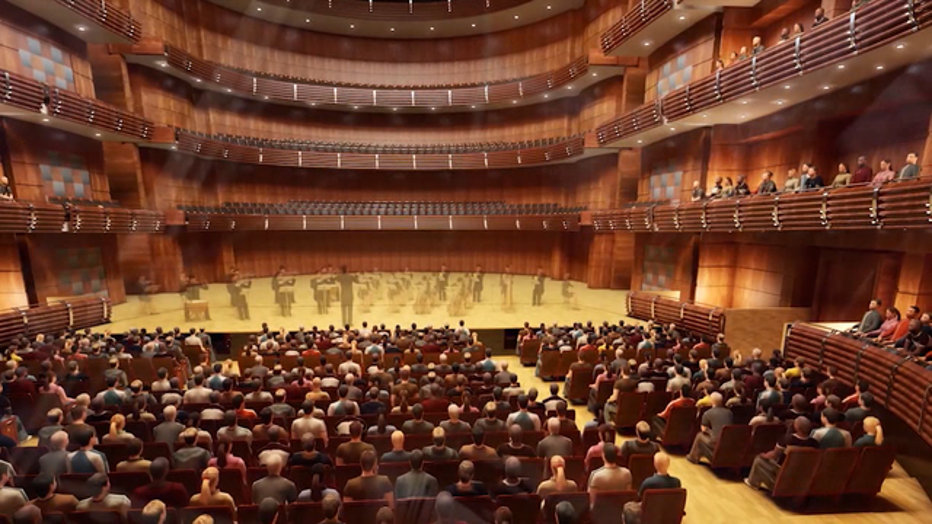 The Orange County Commission unanimously approved the funding measure on Tuesday.  If more money for construction is needed after this, Orange County Mayor Jerry Demings says the Center will have to look to other sources of funding.

“I’ve been really clear with the Executive Director and the Board, that it is their responsibility to help raise funds through alternative means within our community,” said Demings.

“It is a lot of money, there’s no question about it and there may be better uses for it but that’s why we elect these people to make those decisions about how to spend our money,” said Dillon.

The total cost of the project is now upwards of $600 million dollars.

Completion of the final phase, which includes Steinmetz Hall and a smaller concert space is set for September of this year.