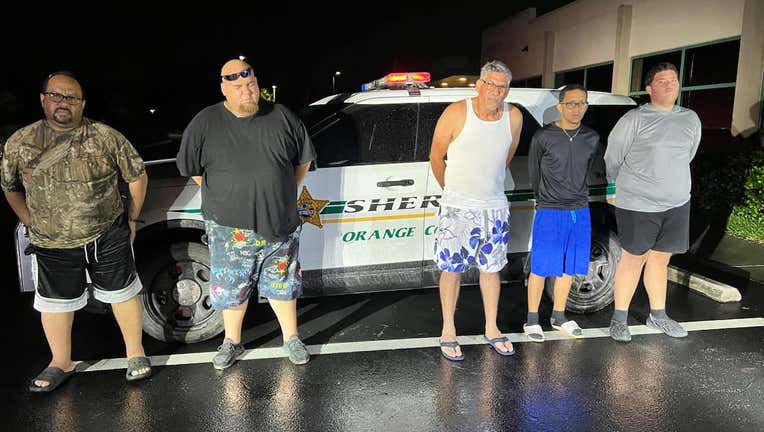 Five men have been arrested in Southwest Florida for stealing from a home in Fort Myers Beach, according to the Orange County Sheriff's Office.

Neighbors flagged down deputies with the Orange County Sheriff's Office who assisted in Hurricane Ian recovery efforts in Lee County after they thought something looked suspicious. The suspects allegedly had a "work" van with a magnetic sign with branding for a fake company, deputies said. All five of the suspects are said to be from Orlando.

There have been dozens of cases like this in the last two weeks in Lee County. Criminals are targeting homeowners and businesses that are trying to recover. The sheriff said criminals are even posing as volunteer workers that are there to help with clean-up, only to then help themselves to people's property. So far, there have been 28 cases of looting.

The sheriff has arrested many people who have come here from out of town, and three who are undocumented migrants.

"People, their lives are washed away in minutes, hours or days with nothing and the little they have," said Lee County Sheriff Carmine Marceno. "They're trying to just make heads, heads, or tails of it. I'm happy to say they've been caught and incarcerated. I'm very, very clear. I mean, zero tolerance on looting. We make certain our residents are safe."

Helicopters and drones that were being used for search and rescue... And now being used to patrol for looters.