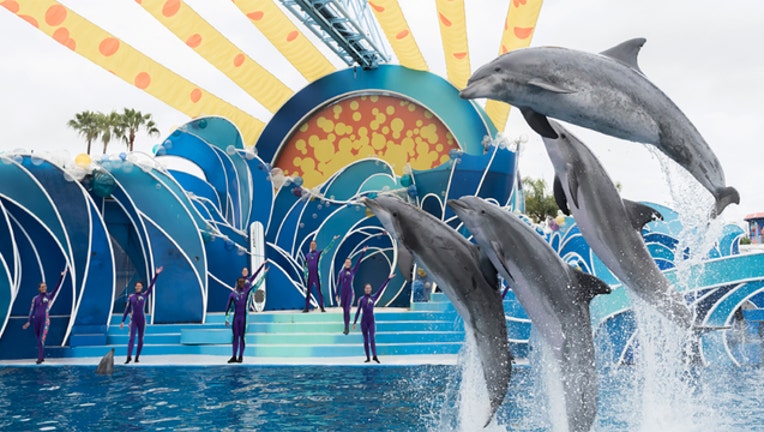 ORLANDO, Fla. (AP) - A dolphin at SeaWorld's Aquatica park in Orlando delivered a calf that died a few minutes after birth.

The company said in a statement Sunday that the Commerson's dolphin named Ringer delivered the calf Saturday night, and the calf died a few minutes later.

SeaWorld says the 16-year-old Ringer previously had four unsuccessful pregnancies and had been on contraception when she became pregnant.

The pregnancy was unexpected, and Ringer had been under 24-hour observation by her caretakers for the past month.

Park officials say Ringer appears to be doing well, despite the loss.

A necropsy will be performed on the calf to determine the cause of death.