PALM HARBOR, Fla. - A puppy with an awkward posture is finally getting the care he needs, thanks to a good Samaritan and animal services in Pasco County – and the volunteers and workers at Suncoast Animal League in Palm Harbor.

After a post on social media, everyone wants to know what's going on with 10-week-old Jensen. 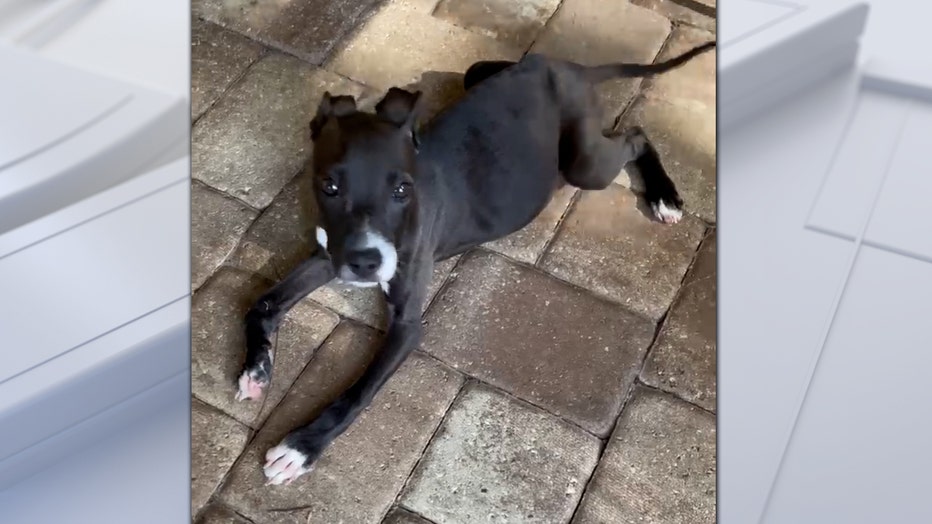 Jensen looks like a center ready to snap a football, and he has a spirit to match.

Burek said she was called by Pasco County Animal Services after a passerby stopped to pick up an odd-looking dog that was running along the roadway. 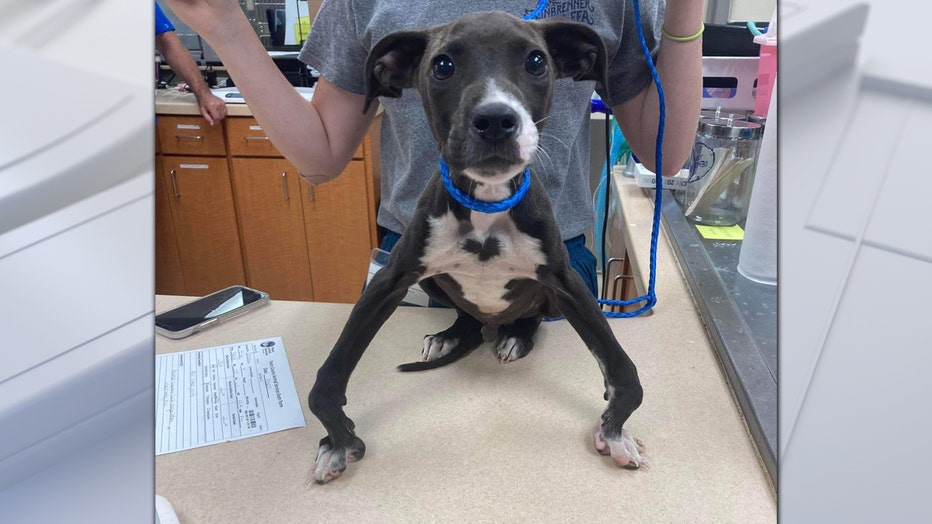 Jensen was underweight and very tired, but didn't seem to be in pain. His rescuer took him to animal officers, who called Suncoast Animal League.

"He's just the sweetest, most gentle, timid little puppy," Burek said of Jensen, who is now in her care.

She said Dr. Cindy Culpepper at Paws and Claws Animal Medical Center in Dunedin gave Jensen a full workup, including x-rays, which did not show any broken bones or other injuries.

Burek said Dr. Culpepper attributes Jensen's bowed legs to malnutrition, which will soon be a thing of the past. Jensen weighs about 11 pounds, but Burek said he is about eight pounds underweight.

Special supplements and plenty of belly rubs will be part of his rehabilitation. Burek also said she ordered special leg braces that will help Jensen move comfortably while he heals.

Hopefully, one day soon, he will be up for adoption.