Tring the Tropics: Tropical system has 50% chance for development

A tropical disturbance in the Atlantic Ocean has a 50% of development over the next five days. While there will be no direct impact on Florida, coastal counties will experience a northeast swell and rip currents.

ORLANDO, Fla. - Chances have increased for a rare December tropical disturbance to possibly become our next named storm – days after the 2022 Atlantic hurricane season officially ended.

The National Hurricane Center said Wednesday that the area of low pressure is located several hundred miles northeast of the northern Leeward Islands.

"Environmental conditions appear marginally conducive for development and a subtropical or tropical storm could form within the next day or two," the NHC said. The disturbance has a 50-percent chance of developing over the next two days. If it does become a named storm, it would be Owen.

By Thursday night or early Friday, the NHC said the system will move northeastward over cooler waters, limiting the chance for additional tropical development.

RELATED: Volusia County residents waiting on seawall permits ahead of next storm 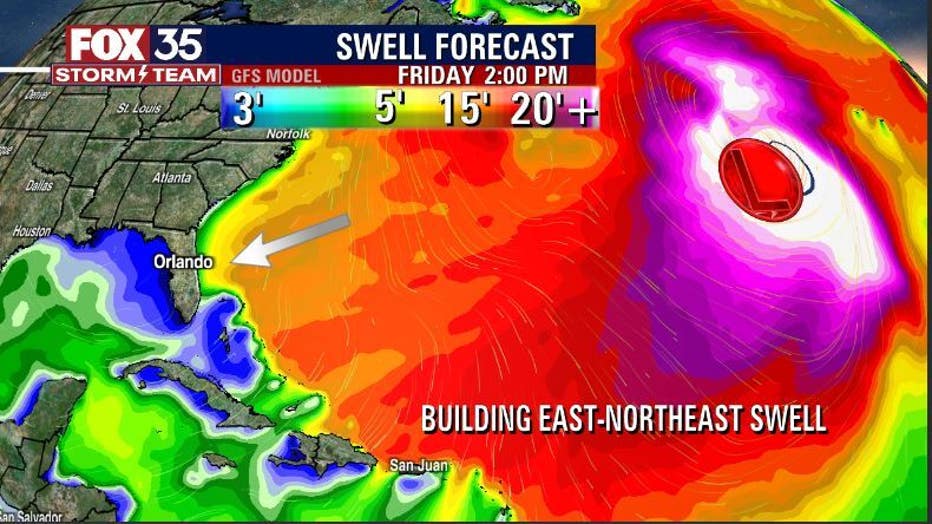 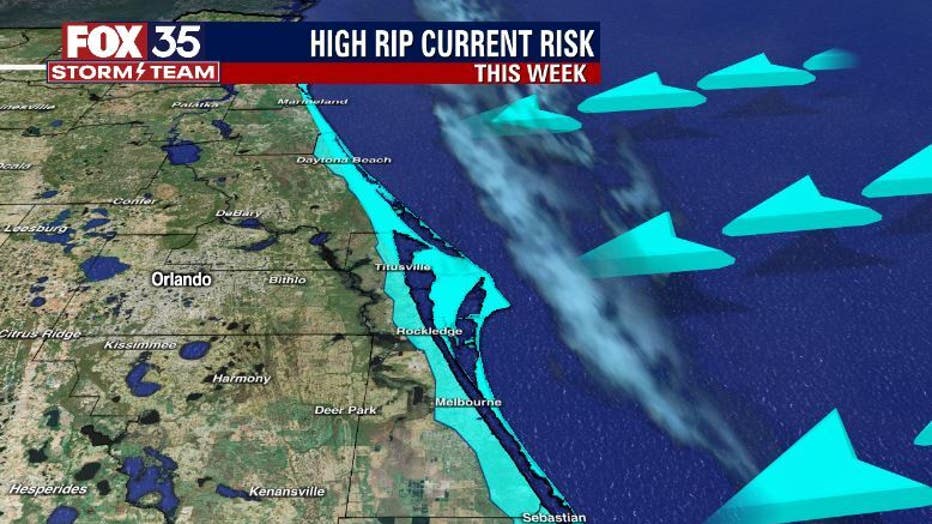 FOX 35 Storm Team Chief Meteorologist Jayme King has been watching the system closely and says so far, the system stays far away from Florida. But that doesn't mean Florida won't be affected by it.

"While Florida won't see wind from this low, increasing east swell will be the theme along the beaches today through the coming weekend," King said. "Beach erosion will be possible during times of high tide and rip current risk remains elevated in the ‘high’ range."

Stay with the FOX 35 Storm Team for the latest updates on your local Central Florida weather and everything happening in the tropics.