The road to the entrance of Walt Disney World has few cars Monday, March 16, 2020, in Lake Buena Vista, Fla. The Magic Kingdom, Epcot and Hollywood Studios were closed along with other theme parks around the state to help curb the spread of the coron

The Florida theme park announced that it will be launching a new way for guests to access the features connected to the park’s MagicBand. Guests will eventually be able to use their phones to access everything the wristband would allow.

Throughout the upcoming year, Disney World will launch the Disney MagicMobile service. In an announcement on the Disney Parks blog, the company confirmed that the app will provide guests with a way to turn their smartphones into a MagicBand.

The company also stated that guests will still have the option to use a MagicBand if they prefer. 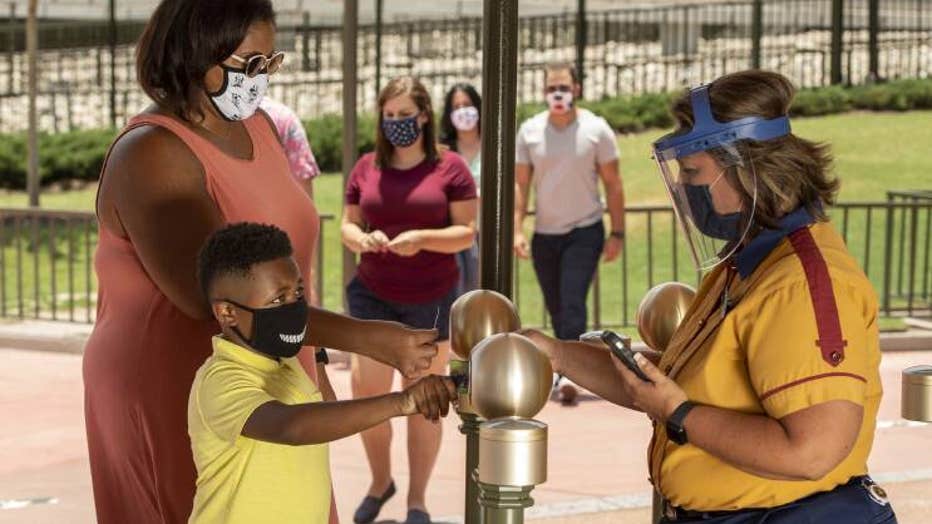 According to the Disney World website, these wristbands allow guests to unlock their hotel room door (at a Disney resort), enter the theme parks, connect to PhotoPass, make food and merchandise purchases and unlock "special surprises" throughout the resort.

According to the Disney Parks Blog, the MagicMobile service will first be rolled out on Apple devices.

This isn’t the only big news to come from Disney World.

Fox News previously reported that the Blizzard Beach waterpark reopened earlier in March, almost a full year after the Florida theme park closed its gates due to the coronavirus health crisis.

While capacity is currently limited at the ski resort-inspired water park, Disney is not currently requiring reservations for Blizzard Beach as it for its four traditional theme parks.

Typhoon Lagoon, Disney World’s other water park, remains closed. The "Most Magical Place on Earth" has yet to disclose when it may reopen.