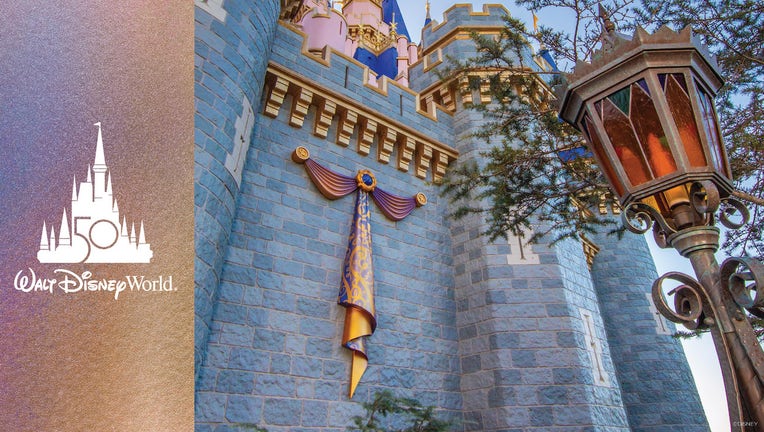 ORLANDO, Fla. - Preparations for Walt Disney World's 50th anniversary celebration are moving right along and decorations are already making their way to Cinderella's Castle at the Magic Kingdom!

The park's iconic centerpiece received its first piece of decor ahead of "The World’s Most Magical Celebration," which is planned to begin on October 1. You can see more photos HERE.

The castle will also get lighting enhancements that will truly make it magical.

More decorations across the parks will be added in the coming months "as the turrets and towers receive shimmering pearls, jewels, and ribbons in royal blues and iridescent golds. At night, this royal landmark will be a vision to behold, as it becomes one of the shining Beacons of Magic, shimmering with EARidescence."

"The World’s Most Magical Celebration" is scheduled to last 18-months. According to Disney Parks Blog, there will be new experiences at all four theme parks to mark the major milestone.

Earlier this week, Disney also announced that in honor of the 50th anniversary, the new attraction 'Remy’s Ratatouille Adventure' will open on October 1 at EPCOT.

More details will be released in the future.