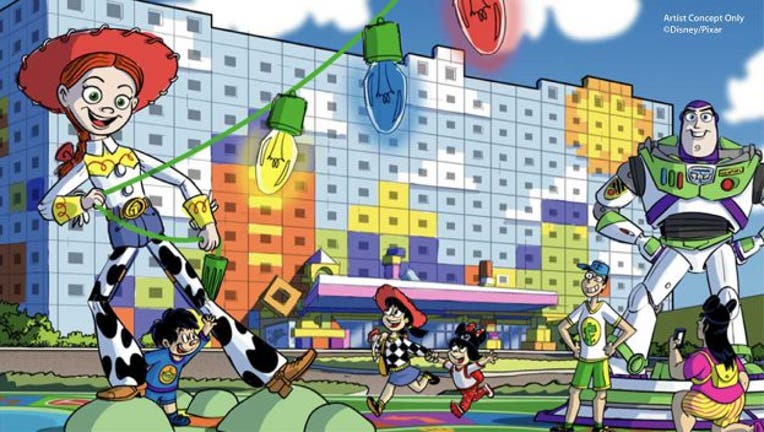 TOKYO - Disney says that a Toy-story themed hotel is being built at Tokyo Disney Resort.

The hotel, called 'Tokyo Disney Resort Toy Story Hotel,' will reportedly have 595 guest rooms and 11 floors. The hotel's exterior, entrance, lobby, and other areas will look like Disney and Pixar's 'Toy Story' films.

They said that this is the fifth Disney hotel to open in Japan. In addition, it is the first "moderate type" Disney hotel in the country, meaning it gives guests an option between "deluxe type" and "value type" hotels.