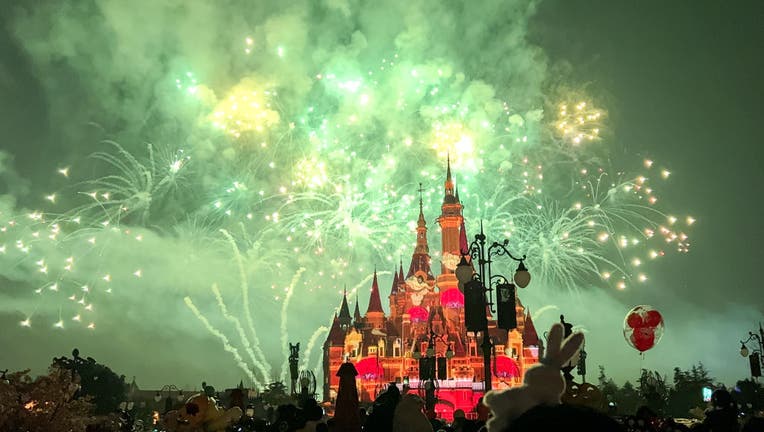 Shanghai Disney says it will be temporarily closed to the public starting Monday in response to another surge of COVID-19 cases sweeping China.

The theme park said the closure will remain in effect until further notice and includes the main resort, the shopping complex Disneytown, and Wishing Star Park, a recreational area.

"We will continue to monitor the pandemic situation and consult local authorities, and will notify guests as soon as we have a confirmed date to resume operations," the park said in a statement.

Visitors to Shanghai Disneyland had to take a COVID-19 test before leaving on Sunday, October 31, as the theme park said it was cooperating with an "epidemiological investigation" into a new outbreak. (Credit: Forgive color towel via Storyful)

Guests who have been impacted will be provided a refund or exchange.

Shanghai Disney’s closing comes as China is facing its biggest outbreak of COVID-19 since the initial outbreak in Wuhan in late 2019.

China’s overall case numbers remain relatively low, but authorities are enforcing a "zero tolerance" strategy that has temporarily shut down major cities to find and isolate every infected person.

The reemergence of cases, however, has sent jitters across the country, forcing a shutdown of businesses and a dip in Asian stock markets.

Chinese authorities have shut down travel out of and within the hardest-hit province, Jilin, in the northeast. More than 1,800 cases were reported in Jilin on Friday, out of nearly 2,400 nationwide.

And on Saturday, China’s health authorities reported two COVID-19 deaths, both of which were in Jilin, bringing the country’s reported death toll to 4,638.

The Associated Press contributed to this report. Read more of this story on FOX Business.