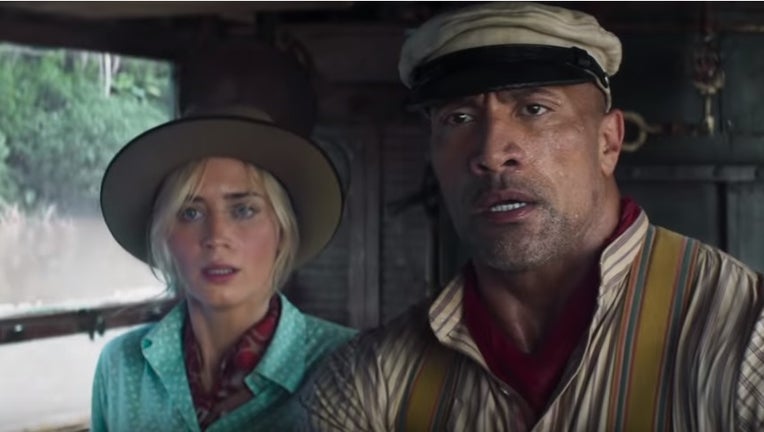 The movie is based on the attraction of the same name inside Disney parks, including the Magic Kingdom at Walt Disney World.

Emily Blunt and The Rock star in the live-action film.