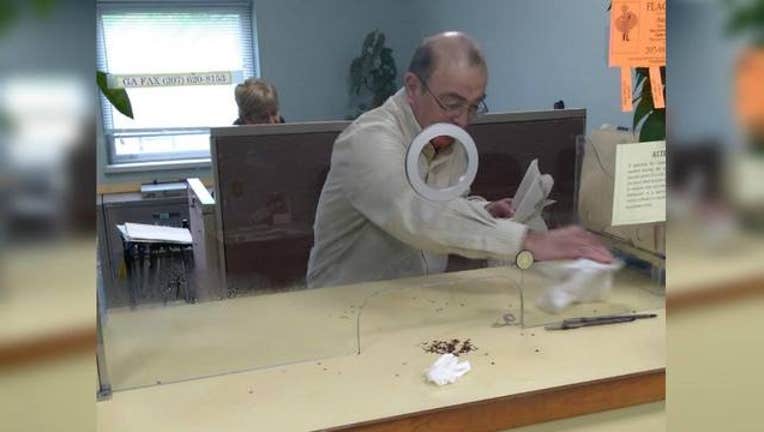 AUGUSTA, ME (FOX 32 News) - A man in Augusta, Maine who was angry with the service at a government office released hundreds of live bed bugs as payback.

The man entered the municipal code enforcement office Friday and slammed a cup of the bugs on the front counter, releasing hundreds of the tiny pests.

Earlier that day the man had made a complaint at the office against his landlord, claiming a bed bug problem in his apartment building. He became angry after being told that he did not qualify for assistance.

"He whipped out a cup (full of live bedbugs) and slammed it on the counter, and bam, off they flew, maybe 100 of them," said City Manager William Bridgeo.

The bedbugs landed on the counter and on an employee. The building closed until an exterminator could kill and dispose of the bugs.

Charges have not been filed.