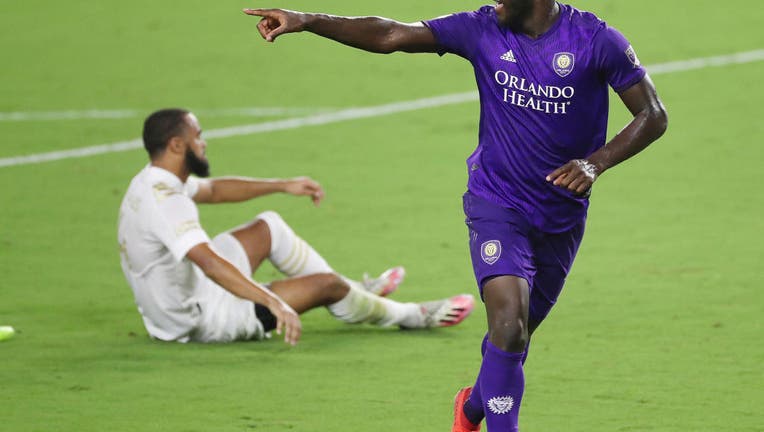 ORLANDO, Fla. (AP) - Daryl Dike had a goal and an assist to continue his strong rookie campaign, Chris Mueller scored on a free kick, and Orlando City beat Atlanta United 4-1 on Wednesday night.

The 20-year-old Dike, who was the No. 5 pick in the 2020 SuperDraft, took a pass from Ruan Gregorio Teixeira, turned and fired a right-footer inside the post to open the scoring in the 29th minute. The 6-foot-2, 220-pound forward has six goals this season.

Mueller bent a free kick from 25 yards past the outstretched arm of diving goalkeeper Brad Guzan in first-half stoppage time. Mueller has a career-high nine goals in his third MLS season.

Orlando City (9-3-8) bounced back from a loss that ended a 12-match unbeaten streak and snapped a four-game winless skid.

Tesho Akindele put away a one-touch shot, off a pass from Dike, in the 60th before Atlanta's Erick Torres scored in the 87th minute.

It was the first goal of the season for Torres, who scored 14 goals in 27 appearances for the Houston Dynamo last season. The 27-year-old forward missed five games due to a knee injury before subbing on in the closing minutes of a 1-1 tie against Inter Miami on Oct. 14.

Matheus Aias, a 23-year-old who signed with Orlando City on Aug. 21, scored his first MLS goal in the second minute of stoppage time.