Detroit woman ran over, killed after fight on east side

Detroit Police are confident they're going to arrest a woman who they said ran over and killed a 40-year-old mom.

DETROIT (FOX 2) - A 40-year-old Detroit mom died early Monday morning after she was intentionally run over in a horrendous crime that was caught on video.

Tiffany Watson died Monday morning after she was hit by a woman driving a 2020 Nissan Murano. Video obtained by FOX 2 shows the SUV doing multiple circles around Watson, then driving away from the scene, only to come back and run her over while she was in the front yard of home. The driver narrowly missed a young child.

Calling the scene 'horrible', Detroit Police Chief James White addressed the death of the woman during a press briefing on Monday.

White said two groups of people had gathered at a home on the city's east side near Manning and Crusade, which is just northeast of 7 Mile and Hayes, to settle some kind of dispute.

Watson's daughter spoke with FOX 2 and said Watson was protecting her young son when she was hit.

"I was standing right on that porch over there and had to watch my own mama get hit by a car," she said. "Holding her in my hands I couldn't do nothing else. She wasn't moving her eyes was close she wasn't responding to nothing I was saying."

RELATED: Detroit mother killed after being run over on east side; driver on the run

According to White, Watson was a witness when two groups met up Sunday night near her home. Her daughter said her mom and just pulled up and ran to get her 10-year-old son away from the chaos.

"My little brother came running trying to save my mother and she ends up getting hit now she's gone," she said. 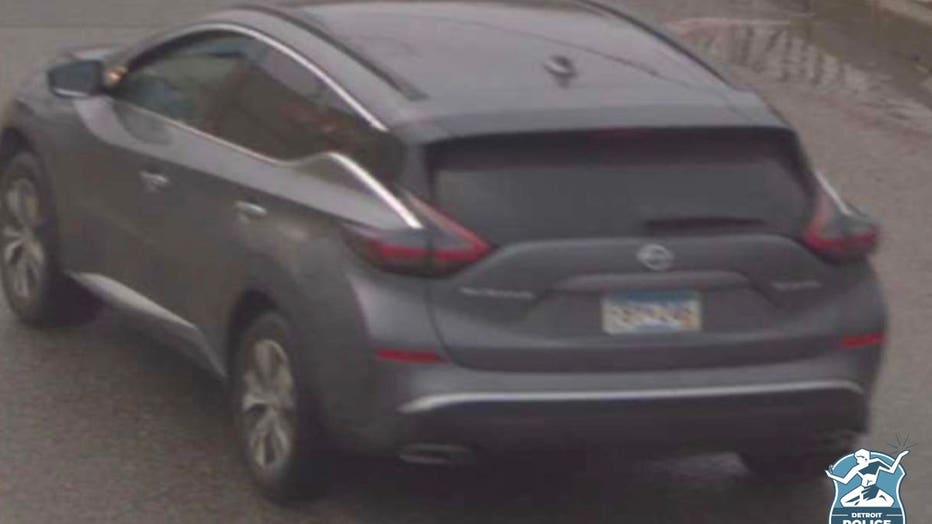 Detroit Police Chief James White said during an update on Monday that they're searching for a ‘young woman' who was driving a 2020 Nissan Murano when the woman was run over.

"It’s just a horrific scene. The whole scene is awful. Should not have happened, didn’t have to happen," White said.

The SUV is either silver or gray and has a Minnesota license plate of FBY 246. White said the department will take the driver into custody.

"We will take her into custody. We are going to dedicate everything we got to get her off the street," White said.

Watson's family said her injuries were severe - including a brain bleed and she broke every major bone in her body. She died Monday morning.

Her daughter also told FOX 2 that the driver wasn't alone in the Murano and she said there were 5 or 6 inside the car - all of them are known by neighbors.

"They really need to be in jail, but actually karma is going to come hard," she said.

White said the woman is dangerous, as evident by the way she ran the woman down and then drove off.

"Look at this heinous act and how it happened, Her lack of regard for human life - we feel she is very dangerous," White said.

Video of the footage, sent to FOX 2 shows a silver Nissan Murano circling a traffic sign, nearly clipping a woman standing next to it. Driving over the yard, the vehicle then drives down the road before turning around and speeding toward the same woman.

Woman run over and killed on Detroit's east side

A Detroit mom was intentionally run over on Monday on Detroit's east side after a fight at a home nearby. Graphic videos shows the car circling the woman and eventually hitting and killing her.

As it turns around, a child is spotted running across the yard with voices in the background telling the child to "get out the way." The suspect vehicle then runs over the woman, just missing the child.

Police are still investigating the incident and White said he believes the driver will be arrested by the end of the day on Monday.

"We will take her unto custody. We will dedicate everything we have to take her into custody," he said.