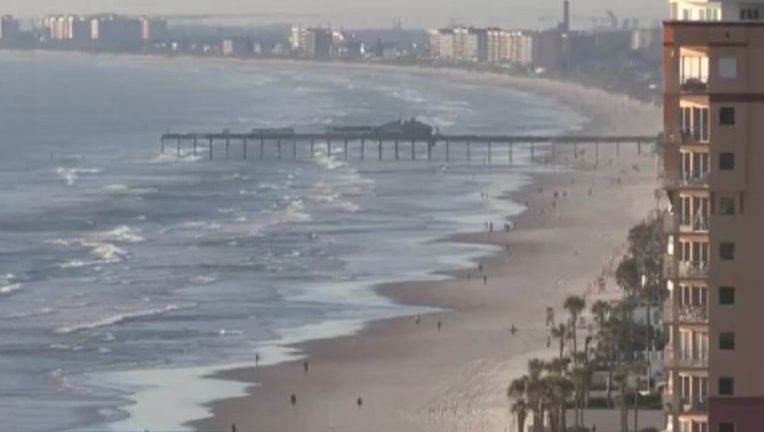 TALLAHASSEE, Fla. - Property owners and a vacation-rental management company have filed a federal lawsuit against Gov. Ron DeSantis, accusing him of violating their constitutional rights by shutting down vacation rentals during the public health crisis caused by COVID-19.

The lawsuit “seeks to protect and vindicate fundamental liberties that citizens of the United States enjoy free from government interference” and asks a federal judge to issue a temporary restraining order or injunction prohibiting enforcement of the governor’s order.

DeSantis said the vacation-rental ban was necessary to discourage people from other states, such as COVID-19 “hotspots” Louisiana and New York, from traveling to the Sunshine State and spreading the highly contagious disease. The ban, which also prohibited advertising of rental opportunities during the duration of the order, includes an exception allowing vacation rentals for military, emergency and health workers.

The executive order was set to expire, but the governor last week extended the vacation-rental ban indefinitely.

DeSantis’ executive order also instructed the Florida Department of Business and Professional Regulation to “take steps necessary to inspect properties or third-party platforms whereby Florida vacation rentals may be advertised.” Parties that violate the ban risk losing their vacation-rental licenses or being charged with second-degree misdemeanors.

But the lawsuit accuses DeSantis of exceeding his authority with the order. Florida laws concerning states of emergency do not give the governor the authority to “unilaterally revoke rental licenses without any due process,” lawyers for the plaintiffs wrote in Thursday’s 39-page complaint.

The property owners and management company allege that the vacation-rental ban violates due-process, equal-protection and other constitutional rights.

Galen Alsop, a retired Air Force pilot, and his wife Wendy estimated they will lose between $70,000 and $80,000 by August “due to discriminatory, irrational and unequal restrictions from the governor’s overreaching fiat,” the complaint says. Nineteen of Alsop’s former squad mates are in the same situation, according to the lawsuit.

Florida Beach Rentals alleges the company has lost over $1.5 million in business since the ban went into effect.

“Such losses continue on a daily basis during the enforcement of this ban and order,” Tampa lawyers Patrick Leduc and Craig Huffman, who represent the plaintiffs, wrote.

The ban also has had a negative impact on cleaning crews used by the property owners and management company, according to the lawsuit.

Peery is still paying homeowner association fees on his properties and has suffered a loss of $143,000 in rentals due to the ban, “while the time shares located in the same building, being identical type units can be rented,” the lawsuit alleges.

“Plaintiffs are and will be continued to be threatened with adverse treatment and a denial of due process and their civil rights, on the basis of the Safer at Home Order that is hopelessly vague and fails to alert the respondent as to what specific conduct could result in their arrest if they exercise their protected liberties,” the plaintiffs’ lawyers argued, referring to the name given to DeSantis’ order.

DeSantis this week allowed a soft reopening of some types of businesses, including allowing restaurants and retail stores to operate with limited indoor capacity and clearing the way for hospitals and medical professionals to perform elective procedures.

Meanwhile, frustration over vacation rentals has been mounting, with property owners and management companies grousing that DeSantis’ actions favor deep-pocketed hoteliers and punish mom-and-pop businesses who rely on the income from the short-term rentals.

In an April 27 letter to DeSantis and Attorney General Ashley Moody, a lawyer representing property owners Jeff and Gina Paglialonga wrote to “demand just compensation for property taken by the state” under the governor’s executive orders banning vacation rentals.

“The COVID-19 pandemic does not obviate the state’s obligation to provide vacation rental owners just compensation. The state does not enjoy immunity during an emergency, nor does an emergency preclude innocent property owners from initiating takings claims,” Robert Anthony wrote on behalf of the couple.

The lawsuit filed Thursday alleges DeSantis’ executive orders “expressly deprive plaintiffs of their rights and liberties in lawfully operating their businesses” and “did not afford plaintiffs with a constitutionally adequate hearing to present their case” before their businesses were shuttered.

“At a minimum, plaintiffs aver that they should have been able to decide for themselves whether to ‘shut down’ if their businesses/business models were not equipped to properly deal with health and safety guidelines issued by the federal and Florida state governments in connection with the COVID-19 crisis,” the plaintiffs’ lawyers wrote.

Also, the prohibition against advertising “criminalizes speech,” according to the legal complaint.

“However, how offending speech is determined to be criminal is not known. It is utterly subjective to the viewer,” the plaintiffs’ lawyers argued. “Ironically, Fortune 500 companies which own hotels or large time share businesses may engage legally in the same speech that the plaintiffs find themselves subject to criminal and administrative sanctions.”