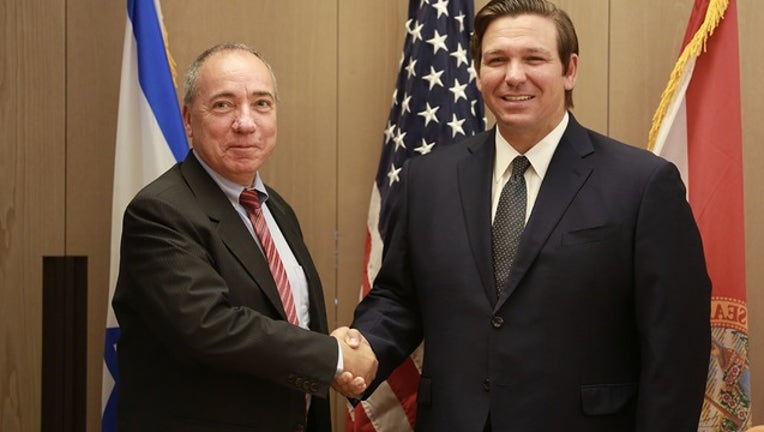 MIAMI (AP) - Florida Gov. Ron DeSantis signed a memorandum of agreement between Space Florida and the Israel Space Agency during a four-day trade mission to help boost the state's economy.

The agreement signed Monday includes projects the agencies will work on, including the launching of microsatellites. The Republican governor insists the Space Force should be headquartered in Florida.

A pool report organized by the Florida Society of Newspaper Editors says the night ended with the signed partnership between Visit Florida and the Ministry of Tourism.

The team will meet with business and academic leaders over the next few days. Some delegates will also take side trips focusing on issues in their districts.