Walt Disney Co. is suspending its political donations in Florida after the company’s CEO received huge blowback for not using Disney’s vast influence in the state to try to quash a recently passed Republican bill that would prevent teachers from instructing early grades on LGBTQ issues.

TALLAHASSEE - Republican Florida Gov. Ron DeSantis on Monday blasted critics of the parental rights bill in his state that Democrats have criticized as anti-LGBTQ, saying "people need to get out of their bubble" and actually talk to Floridians about how they feel about it.

During a press conference in Tallahassee, DeSantis declared, "This really was the year of the parent in the state of Florida," cheering the Republican-led state legislature for passing legislation affirming parents’ rights in public education.

"We in Florida showed a commitment to education, not to indoctrination, and I want to think the Florida legislature for doing that," he said. "As the parent of three kids that are aged 5 and under, thank you for letting me and my wife be able to send our kids to kindergarten without them being sexualized."

DeSantis was referring to the Parental Rights in Education bill – dubbed by Democrats as the "Don’t Say Gay" bill – which bans Florida school employees or third parties from giving classroom instruction on "sexual orientation" or "gender identity" in kindergarten through third grade.

DeSantis on Monday dispelled the notion that businesses would avoid doing business in Florida because of the bill. 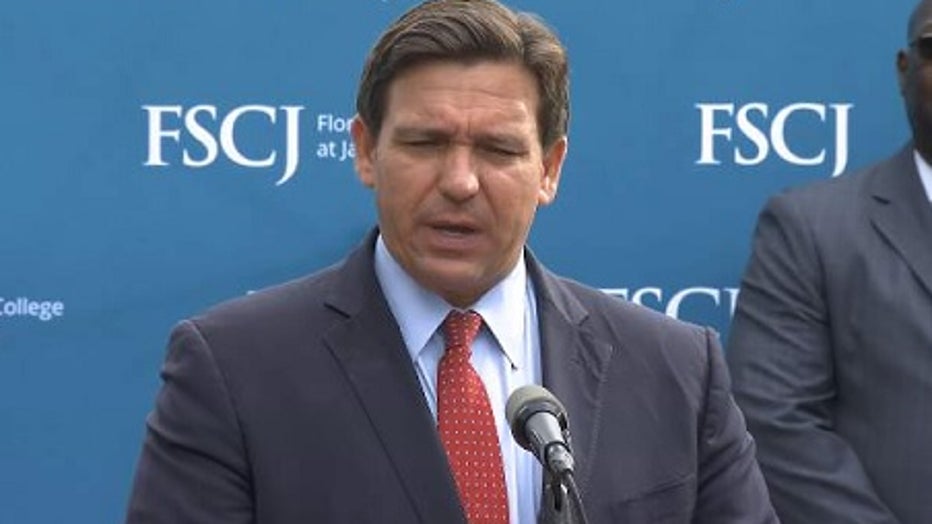 "People actually said that if you don't have classroom instruction on sexual matters in grades K through 3 that somehow businesses don't want to be in Florida," DeSantis said. "I think people need to get out of their bubble and actually talk to parents in this state, because they do not want this in kindergarten or first grade or second grade."

"We want our kids to be kids," he added.

DeSantis is expected to sign the bill, which passed the state Senate Tuesday after passing the House last month.

His comments came after Disney CEO Bob Chapek spoke out against the bill for the first time last week during the company’s annual shareholder meeting, claiming it "could be used to unfairly target gay, lesbian, non-binary, and transgender kids and families."

DeSantis slammed Disney as "woke" on Thursday and said there was "zero" chance he’d back down from supporting the legislation.