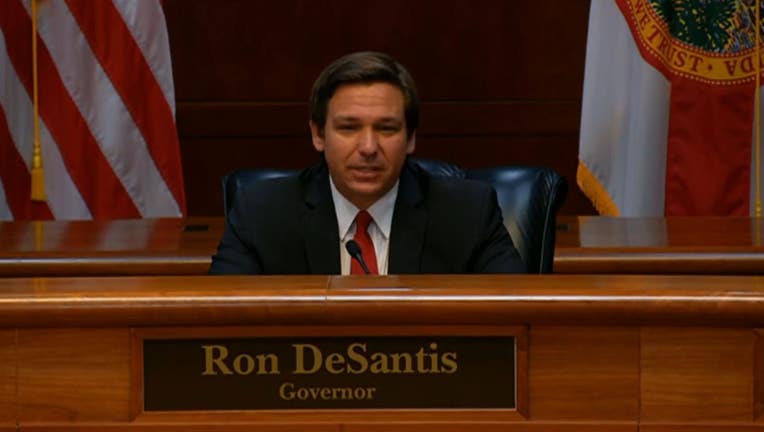 DeSantis, who is still rolling out the first phase of the state’s economic recovery effort amid the coronavirus pandemic, said Wednesday he will lift restrictions so teams would be welcome to train and play games in empty stadiums in Florida.

“We want to have you here. We want to have basketball practicing again,” DeSantis told reporters at the Capitol. “We would love to have Major League Baseball. And I think the message is that our people are starved to have some of this back in their lives. It's an important part of people's lives.”

DeSantis added that his office is working on ways to also revive youth sports in the state.

His comments came after the Washington Post reported that Major League Soccer is looking to house players in large resorts near Disney World as a way for games to resume for all 26 teams in Orlando.

Major League Baseball owners and the players union are also in talks over an owners’ proposal for an 82-game season starting in early July, with games played in home stadiums in areas that have local and state government approval.

Professional baseball earlier considered a proposal to start the season by having teams play at their spring training sites in Florida and Arizona.

“What I would tell commissioners of the leagues is, if you have a team in an area where they just won't let them operate, we'll find a place for you here in the state of Florida, because we think it's important, and we know that it can be done safely,” DeSantis, a former college baseball player, said.

One baseball team that could be unable to play in their home stadium because of coronavirus restrictions is the Toronto Blue Jays, which trains in DeSantis’ hometown of Dunedin.

DeSantis earlier declared wrestling giant WWE an essential business so it could tape events in Orlando during the pandemic. Also, Ultimate Fighting Championship is holding bouts at VyStar Veterans Memorial Arena in Jacksonville.

The governor also has backed televised charity golf events in the state.

“We want all that,” DeSantis said of the golf matches.

DeSantis has said for the past month that people following stay-at-home orders were “starved” for new entertainment.

“People are chomping at the bit,” he said last month. “If you think about it, we have never had a period like this in modern American history where you’ve had so little new content, particularly in the sporting realm. I mean, we are watching reruns from like the early 2000s.”