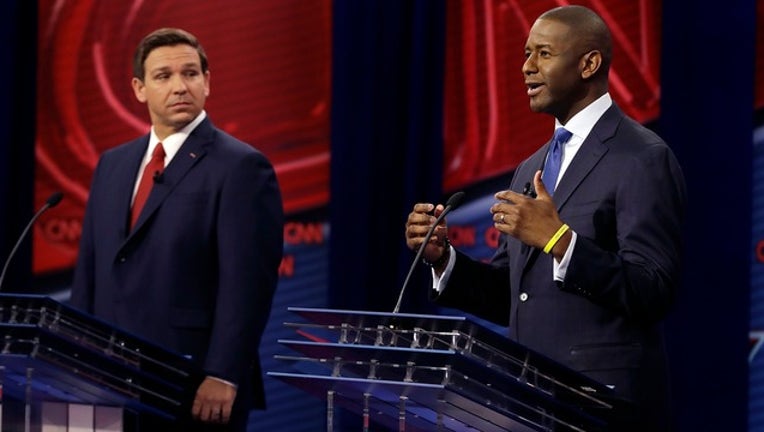 DAVIE, Fla. (AP) - The candidates for Florida governor decried political divisiveness on a day when Democratic leaders were mailed pipe bombs, but then they immediately started intense name-calling.

The themes emerged several times through the hour-long debate, in which the candidates also clashed on health care, education, guns and the economy.

The winner of the Nov. 6 election will replace Republican Rick Scott, who is barred from seeking a third term. Democrats have not won the office since 1994.