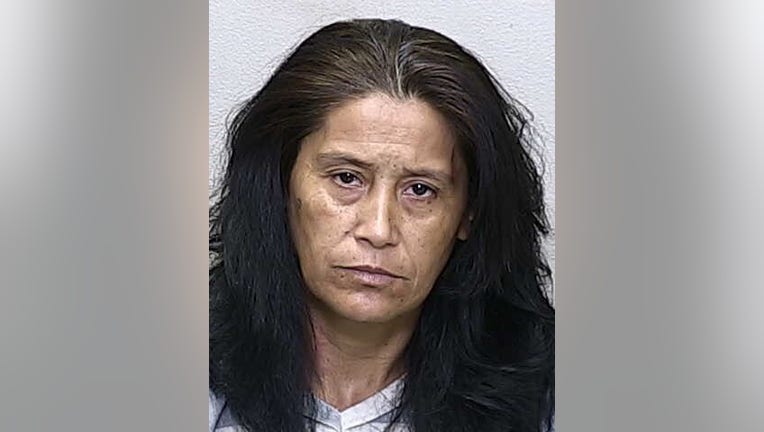 MARION COUNTY, Fla. - An undocumented woman has been arrested after a Florida sheriff's office discovered she lied about being kidnapped in hopes of gaining U.S. citizenship, deputies said.

The Marion County Sheriff's Office said that 52-year-old Alma Delia Duran was arrested on Thursday for Making a False Report of a Crime.

They said that in March 2021, deputies responded to the Baseline Golf Course on SE 58th Avenue in reference to a report that Duran, who worked at the golf course, was missing. Her co-workers called law enforcement after they found her lawnmower abandoned. Investigators reportedly soon learned about a nude woman, later determined to be Duran, located on the side of Highway 314. She claimed that she was kidnapped from work, rendered unconscious, and left on the side of the road.

Units across the Marion County Sheriff's Office began an investigation, which lasted about four months, they said. They discovered that during the time of her alleged abduction, Duran was on the phone with a man named Luis Guerrero. They said that she had spoken to Guerrero at least 100 times in the preceding month.

The Marion County Sheriff's Office said that detectives reinterviewed Duran at this point. She initially maintained that she had been kidnapped but when confronted about Guerrero, she admitted that she had not been. She said that she and Guerrero were having an affair for five years and that he had picked her up from work that morning.

So, detectives reportedly went on to interview Guerrerro next. He confirmed their relationship and stated that Duran had confided in him that she was going to attempt to obtain U.S. citizenship by claiming to be the victim of a violent crime such as kidnapping. This process is known as a ‘U visa.’

"Guerrero stated that on the morning of March 2, 2021, he picked up Duran at 8:30 a.m., they drove around having consensual sexual encounters.  He said that while they were together, he told Duran he ‘couldn’t do this’ and she told him to leave her somewhere up the road and she would take care of the rest," the Marion County Sheriff's Ffocei said in a media release.

They said that Duran was interviewed by detectives a third time and by its end, she was placed under arrest for Making a False Report of a Crime. Detectives said that they do not believe there is any credible evidence to support that a sexual assault occurred.

"Nothing is more important to me as the Sheriff than ensuring violent criminals are apprehended and locked away in jails and prisons," stated Sheriff Billy Woods. "When we received the initial report of this crime, I asked my deputies and detectives to leave no stone unturned in the search for the individual responsible. Ms. Duran’s false report took away resources that we could have used to investigate actual crimes that occurred against our citizens."

Sheriff Woods added, "were it not for the hard work of my detectives, it is possible that this woman could have succeeded in her attempt to defraud the U visa process. This case serves as a reminder that the situation at our country’s borders affects what local law enforcement encounters every day."