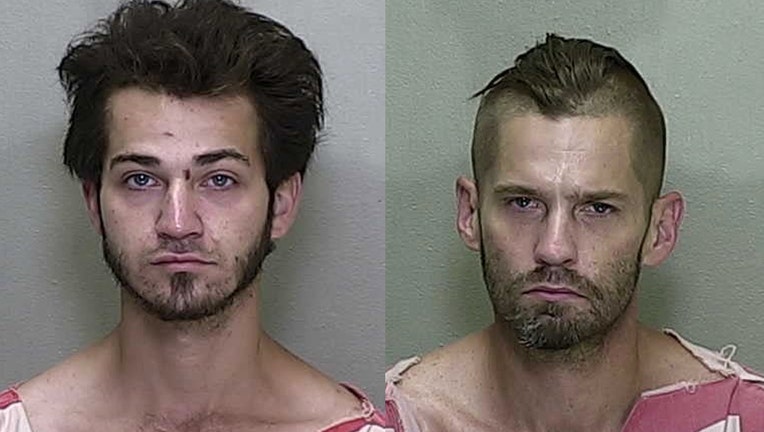 MARION COUNTY, Fla. - Florida deputies say that they have arrested "this week's dumbest criminals" after the duo broke into convenience stores, leaving behind multiple items, including a wallet with the ID of one of the suspects.

The Marion County Sheriff's Office said that 41-year-old Robert Hobby and 23-year-old Marcus Reeves, who deputies described as "this week's dumbest criminals," have been arrested on 14 charges combined, all in relation to Grand Theft and Burglaries.

"Now being a thief already makes you dumb, but that isn’t why they are this week’s 'Dumbest Criminals,'" the Sheriff''s Office said in their Facebook post about the crimes.

They explained that Hobby and Reeves went on a burglary spree, breaking into convenience stores, stealing cigarettes and lottery tickets.

While inside these stores, deputies said that the two were smoking cigarettes inside the stores while cameras were watching. In addition, they left behind a shoe, tools, and one of them even left his wallet with his driver's license.

The Marion County Sheriff's Office reportedly knocked on his door and he confessed. Both men were arrested.