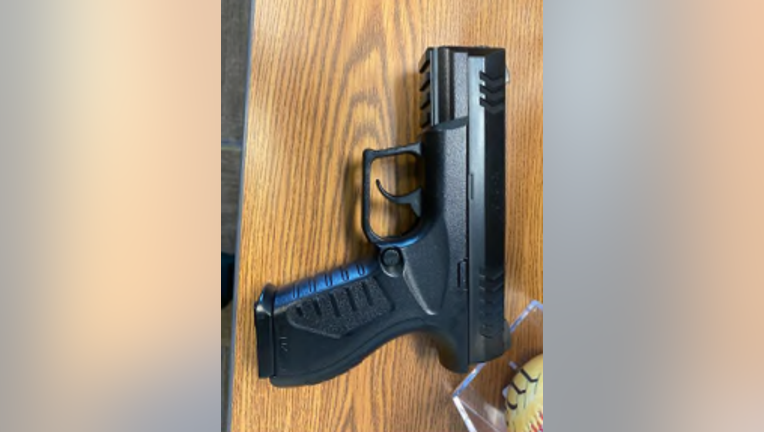 The Osceola County Sheriff's Office provided a photo of the gun found in a classroom at Bellalago Academy on Wednesday morning.

OSCEOLA COUNTY, Fla. - Bellalago Academy was placed on a lockdown Wednesday morning after students said they saw a gun in another student's backpack, the Osceola County Sheriff's Office said.

Following the reports, deputies said the school was put into a code red lockdown just before 11:30 a.m.

The sheriff's office said the student was quickly identified, and after a search, a school resource officer said the gun was found in a classroom by a substitute teacher.

The gun, described as a BB or air soft CO2 pistol, has since been secured, according to deputies.

The incident remains under investigation and charges are pending.

Anyone with information about the case or any other similar incidents, is asked to call the sheriff's office at 407-348-2222.